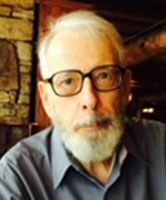 BORN
1935
DIED
2021
Thomas M. Caldwell, born Sept. 15, 1935, died peacefully Wednesday, May 5, 2021. Tom was the oldest son of the late H. George and Dorothy Caldwell, preceded in death by his beloved wife, Frieda Federici Caldwell, and a sister, Edith Dohey. He is survived by two daughters, Ellen Federici (David, MD) Fowler and Lisa Federici (Lawrence) Echard; six grandchildren, Kirstin Fowler (Brian, MD) Liu; Kendal Fowler (Robert) Kaminski; Kathryn Fowler (Peter) Eberle; David (Mary Kathleen) Fowler; Tennille Echard; and Nicole Echard Hilker; eight great grandchildren; a brother, James Caldwell; and numerous nieces and nephews. A cousin, Robert Wilson, and his son, Harley, were especially close to Tom. A veteran of the Korean War (1954-1962) and 1004th Army Reserve (1974-1993), Tom continued his duty to this country and its service men and women when he founded TREA 98 of Acme (The Retired Enlisted Association) in 1997. He was an active member of the Indian Creek Valley VFW, a post without bar service that focused exclusively on serving the community. Additionally, Tom was a proud member of the Military Order of the Cootie (MOC), a national honor degree of the VFW through which he visited hospitalized and confined veterans. Locally, Tom served his community as past president of both the Donegal Laurel Highlands Rotary and Mt. Pleasant Rotary. Tom's keen interest in history and family made him an enthusiastic volunteer of the Norvelt Homestead Days. He faithfully served as a deacon and active member of the Reunion Presbyterian Church, in Mt. Pleasant. In 2016, Tom moved into the Scottdale Apartments on Broadway. Again, his wry sense of humor and generous heart found friendship among the residents. Tom found solace in reading five to seven novels per week in the isolation of social distancing during the Covid pandemic. The Scottdale Library librarians who discussed authors and made book recommendations during his regular Tuesday afternoon telephone calls provided a much appreciated kindness. Tom's legacy of giving his time, talent and money will also include his passion for debate. He was the original grumpy old man and we are proud to have called him our own. Interment will be private. A celebration of life service is planned for Saturday, May 22, 2021, at 2 p.m. in the Reunion Presbyterian Church. Memorial contributions for Tom may be made to the Reunion Presbyterian Church, 769 W. Main St., Mt. Pleasant, PA 15666.
To plant trees in memory, please visit our Sympathy Store.
Published by Tribune Review on May 11, 2021.
MEMORIAL EVENTS
May
22
Celebration of Life
2:00p.m.
Reunion Presbyterian Church
, PA
MAKE A DONATION
MEMORIES & CONDOLENCES
1 Entry
Ellen and Family...May God bless you and your family in this time of sorrow.
Cindy Hawk
Family
May 11, 2021
Showing 1 - 1 of 1 results