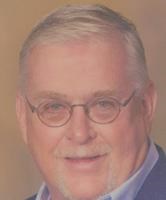 BORN
1942
DIED
2021
FUNERAL HOME
Rusiewicz Funeral Home - Lower Burrell
3124 Leechburg Road
Lower Burrell, PA
William Callahan, 79, of Lower Burrell, died Saturday, Dec. 4, 2021, in his home. He was born in New Kensington July 6, 1942, to the late John R. and Anna Whalen Callahan and was a lifelong resident of the local area. Mr. Callahan was a member of Mt. St. Peter Roman Catholic Church, New Kensington, and had worked as a supervisor for Union Spring in New Kensington. He always had a dream of having his own restaurant and in 1994, he opened Buffalo Bills Roadhouse that specialized in wings made in a pizza oven. He was an avid Pitt football fan and loved spending time with his family, especially his grandchildren. He is survived by his wife of 58 years, Judith Ann Manganelli; son, William T. (Paula Gatto) Callahan, of Cranberry Township; daughter, Christine (Michael) Andrews, of Allegheny Township; and three grandchildren, Jake, Julia and Cole Callahan; and brother-in-law, David Manganelli, of Lower Burrell. Besides his parents, he was preceded in death by his brother, John W. Callahan; and sister, Alice J. Callahan. Friends will be received from 2 to 4 and 6 to 8 p.m. Wednesday at THE RUSIEWICZ OF LOWER BURRELL FUNERAL HOME, 3124 Leechburg Road at Alder Street, where Prayers of Transfer will be said at 11:45 a.m. Thursday followed by a Christian Funeral Mass at 12:30 p.m. in Mt. St. Peter Roman Catholic Church, New Kensington. Burial will follow in Greenwood Memorial Park, Lower Burrell. The family suggests donations made in his name to the American Cancer Society. www.cancer.org www.RusiewiczFH.com.
Published by Tribune Review on Dec. 6, 2021.
To plant trees in memory, please visit the Sympathy Store.
MEMORIAL EVENTS
To offer your sympathy during this difficult time, you can now have memorial trees planted in a National Forest in memory of your loved one.
Funeral services provided by:
Rusiewicz Funeral Home - Lower Burrell
MAKE A DONATION
Please consider a donation as requested by the family.
MEMORIES & CONDOLENCES
7 Entries
Our hearts are broken. Bill was a great husband, father, grandfather and friend. Rest in sweet peace.
David and Deborah Hanna
Family
January 20, 2022
My condolences are extended to the Callahan family.
Vincent Miller
December 8, 2021
Bill was a good man and we will miss him. Our condolences to his wife and family.
Jeff, Steve and Mike Wallace.
December 8, 2021
My sympathy to Mrs Judy Callahan, Bill Callahan and family and Chrissy and family Mr Callahan will be greatly missed Prayers to his family and friends RIP
Paula Bogin
Friend
December 7, 2021
Sending condolences and prayers to the family. May his soul rest in peace.
Sara Thomas
Friend
December 6, 2021
So sorry for your loss. RIP Bill. Cathi (Capizzi) Olinger, Zelienople, PA
Cathi (Capizzi) Olinger
Other
December 6, 2021
To Judy and family, our sincere sympathy in Bill passing. We have great memories of him and you at Buffalo Bills. His kindness, laughter and smile will always be with us. May you find peace and celebrate his life! We love you guys!!! Dick and KK
Dick and Karen Thomas
Friend
December 6, 2021
Showing 1 - 7 of 7 results