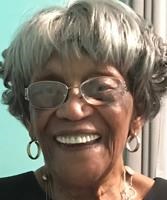 BORN
1929
DIED
2019
FUNERAL HOME
Jeff Mantini Funeral Home
701 6Th Ave
Ford City, PA
Addie Delores Tolliver-Bell, 89, of Ford City, went to be with the Lord on Sunday, Feb. 3, 2019, at 5:02 a.m. surrounded by her loving family. She was born at home June 27, 1929, in Ford City to the late Frank J. Tolliver Sr. and Sarah Catherine Bennett (Tolliver) Allensworth. Mrs. Bell worked in Hines, Ill., for Hines Veterans Hospital, then on her return to Ford City, she worked as a caretaker before marrying Edward Bell Sr. on June 5, 1954. They celebrated 49 years of marriage until his passing Oct. 22, 2003. During that time, she worked at the local Head Start Program. With God's blessing, Delores continued to do what she loved, which was to be a stay-at-home wife and mother. Mrs. Bell was a member of Second Baptist Church in Ford City, where she was a choir member and could be seen wearing her "signature hat," smiling, and singing and praising the Lord. She also loved baking bread, playing Uno, and watching "The Young and the Restless" and "Family Feud." She will be dearly missed and fondly remembered by her children, the Rev. Janice (the Rev. Anthony) Massey, of Rochester, Diane Ransom, of Newark, N.J., Edward Bell Jr., of Kittanning, Lucille (Courtney) Senior, of Penn Hills, Arvin (Julia) Bell, of Butler, Ernie (Cleda) Bell, of Worthington, Gene (Kimberly) Bell, of Vandergrift, Charlie Bell, of Ford City, Ephraim Bell, of Pataskala, Ohio, Robin Bell, of Clarion, Jerry Bell, of Ben Avon, and Perry Bell, of Ford City; as well as her brother, Homer (Connie) Allensworth Jr., of Charleroi; her sisters, Juanita Carr, of Ford City, June Reyes and Dorothy Witcher, both of Plum Borough, and Patricia Stevenson, of Washington Township; a sister-in-law, Charlotte Tolliver, of Ford City; and a host of grandchildren, great-grandchildren, nieces and nephews. In addition to her husband, Edward Bell Sr., Mrs. Bell was preceded in death by a son, Tyrone Bell; a granddaughter, Corrina Marie Bell; her brothers, Frank James Tolliver Sr. and John M. Allensworth; and her parents, Frank J. Tolliver Sr. and Sarah Catherine Bennett (Tolliver) Allensworth and Homer Allensworth Sr.
Visitation is from 2 to 4 and 7 to 9 p.m. Tuesday, Feb. 5, at MANTINI FUNERAL HOME INC. The service will be at 11 a.m. Wednesday at Second Baptist Church in Ford City. Interment will take place at Ford City Cemetery.
Published by The Valley News Dispatch on Feb. 4, 2019.
To plant trees in memory, please visit the Sympathy Store.
MEMORIAL EVENTS
Feb
5
Visitation
2:00p.m. - 4:00p.m.
Jeff Mantini Funeral Home
701 6Th Ave, Ford City, PA
Feb
5
Visitation
7:00p.m. - 9:00p.m.
Jeff Mantini Funeral Home
701 6Th Ave, Ford City, PA
Feb
6
Service
11:00a.m.
Second Baptist Church
Ford City, PA
Funeral services provided by:
Jeff Mantini Funeral Home
MAKE A DONATION
MEMORIES & CONDOLENCES
Sponsored by Jeff Mantini Funeral Home.
16 Entries
Gene , Kim & Girls - May it comfort you to know that Mama Bell is still singing & smiling , like she would do so many times from your front porch. I pray that when you think of her , you will also have a song in your heart & wearing a smile . May God continue to bless you in the days to come. Yours always in Christ.
Paulette Wilson
February 9, 2019
Arvin Julia and family sorry for your loss you are in our prayers
Rich and Bernie Vogel
February 8, 2019
To all my family: We have lost Sister who we thought would be with us for a little longer. I was looking forward to seeing her at the family reunion. I know she is with God because she has always been loving and forgiving to all. Joining the rest of us in remembering her.
May Julia Davis
February 8, 2019
Arvin, Julia and Family,
So sorry for your loss. I know that she will be greatly missed. 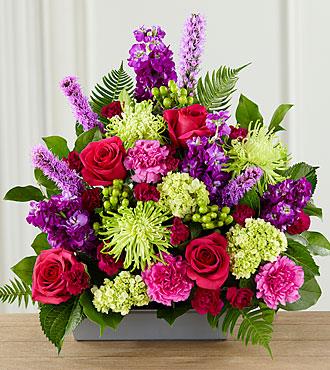