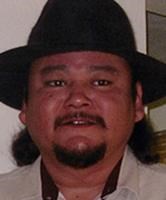 BORN
1967
DIED
2021
FUNERAL HOME
Thomas M. Smith Funeral Home
930 Center Ave
Pittsburgh, PA
Darryl "Chief" Hamley, 54, of Cheswick, died tragically in a house fire and went to be with the Lord on Friday, Sept. 10, 2021. He was born Feb. 18, 1967, in Manitoba, Canada, and was a Chippewa Indian. He was the son of Kathryn Matus and the late Donald Hamley. Darryl was a 1986 graduate of Springdale High School. Chief worked in the maintenance department at the Council of Three Rivers Indian Center School, and prior to that he was a cook at many area restaurants in the Lower AK Valley. Chief spent his free time on his never-ending art projects, fishing and visiting with his large group of friends. Darryl was a true "gentleman" in every sense of the word with a kind demeanor. He never had a bad day and always had a positive attitude, regardless of the situation or circumstances. Darryl was a diehard Black and Gold fan, never missing a Steelers or Penguins game on the television. He is survived by his mother, Kathryn (Charlie) Matus; brothers, George Hamley, KC (Debbie) Matus and Matt (Gen) Matus; sisters, Jaqueline (Frank) Novosel, Kathryn (Paul) Hamley-Slizik and Mary Lou (David) Norris; along with many nieces and nephews. He was preceded in death by his father, Donald Hamley; stepmother, Irene Hamley; and nephew, Dylan Hamley. Viewing will be held from 2 to 4 and 6 to 8 p.m. Friday at the THOMAS M. SMITH FUNERAL HOME & CREMATORY LTD., 930 Center Ave., Blawnox, PA 15238. A graveside service will be held at 11 a.m. Saturday at Greenwood Memorial Park, Lower Burrell. Please meet at the cemetery. In lieu of flowers, the family wishes that donations could be made to the Council of Three Rivers American Indian Center, in memory of Darryl Hamley, 120 Charles St., Pittsburgh, PA 15238. www.thomasmsmithfh.com.
Published by The Valley News Dispatch on Sep. 15, 2021.
To plant trees in memory, please visit the Sympathy Store.
MEMORIAL EVENTS
Sep
17
Visitation
2:00p.m. - 4:00p.m.
Thomas M. Smith Funeral Home and Crematory Ltd.
930 Center Avenue, Pittsburgh, PA
Sep
17
Visitation
6:00p.m. - 8:00p.m.
Thomas M. Smith Funeral Home and Crematory Ltd.
930 Center Avenue, Pittsburgh, PA
Sep
18
Graveside service
11:00a.m.
Greenwood Memorial Park
104 Melwood Road, Lower, PA
Funeral services provided by:
Thomas M. Smith Funeral Home
MAKE A DONATION
MEMORIES & CONDOLENCES
Sponsored by Thomas M. Smith Funeral Home.
3 Entries
It's been quite a few years, but I remember you fondly. Rest in Peace Chief.
Pamela
Other
September 16, 2021
May the love of friends and family carry you through your grief.
Schrack Family
September 16, 2021
You were always a sweet, kind, wonderful friend. You were always full of life that is what I loved about you. My heart is broken. Prayers to your family and friends who lost this fabulous and wonderful friend.
Angel
September 16, 2021
Showing 1 - 3 of 3 results