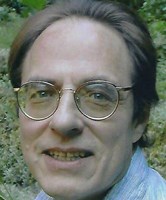 FUNERAL HOME
Giunta-Bertucci Funeral Home Inc.
1509 Fifth Avenue
Arnold, PA
David A. Hines, 68, of Weirton, W.Va., passed away April 1, 2017. David was born and raised in Vandergrift, where he developed his passion for music, especially the guitar. He traveled to Colorado, where he toured with several bands, including "The Rockin Rudolphs" as a guitarist. Over the years, he was also part of "Anabana" and "Luminus." He moved back to the Pittsburgh area, where he continued to make music. At family gatherings, he was the entertainment, singing and playing his guitar around the fire. Dave was also a very active member of MENSA, where he wrote a monthly article for their newsletter "Phoenix", played guitar for some of their gatherings and enjoyed being a member of the "Culture Quest" team. With a wide range of interests, he is accused by friends of possessing more useless information than any other of their acquaintances. He has officially studied music and psychology and unofficially nearly everything else. Like many a Mensa member, he can usually be found hip deep in books. David is survived by his daughter, Tracy Payne (Eric) Weaver; grandchildren, Matthew, Samantha and Autumn; and many aunts, uncles and cousins. David was preceded in death by his parents, Everet and Bertha (Makowski) Hines; sister, Carol Hines; and brother, Dennis Hines.
A memorial Mass will be celebrated at 11 a.m. Thursday, Aug. 10, 2017, in Mt. Saint Peter Church, 100 Freeport Road, New Kensington. Arrangements are entrusted to the GIUNTA-BERTUCCI FUNERAL HOME INC., 1509 Fifth Ave., Arnold, JohnPaul Bertucci, owner-supervisor.
To leave condolences, visit www.giunta-bertucci.com.
Published by The Valley News Dispatch on Aug. 9, 2017.
To plant trees in memory, please visit the Sympathy Store.
MEMORIAL EVENTS
To offer your sympathy during this difficult time, you can now have memorial trees planted in a National Forest in memory of your loved one.
Funeral services provided by:
Giunta-Bertucci Funeral Home Inc.
MAKE A DONATION
MEMORIES & CONDOLENCES
Sponsored by Giunta-Bertucci Funeral Home Inc..
2 Entries
I am sorry for your loss. May the God of comfort be with you during your time of mourning. Isaiah 61:1,2 ; Matthew 5:4
August 10, 2017
My condolences. Faith Payne
Faith Payne
August 9, 2017
Showing 1 - 2 of 2 results