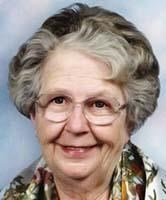 BORN
1925
DIED
2021
FUNERAL HOME
Brady Curran Funeral Home
429 Franklin Ave
Vandergrift, PA
Dorothy "Dot" Keddie entered into Eternal Life on Tuesday, Nov. 23, 2021. She had been a resident of Concordia Lutheran Ministries in Cabot for the past few years, where she was wonderfully cared for by a loving staff who considered her as one of the "favorites," owing to her pleasant and patient disposition. She has finally rejoined her husband of 52 years, Regis, who preceded her in death by 24 years. Born Oct. 15, 1925, in St. Louis, Mo., she was raised by a favorite Aunt (Auntie) Flaven, since her mother had passed away while she was a toddler and her father was a train engineer for the Frisco Railroad. Auntie raised her to be a "Lady" and a devout Catholic, instantly endearing her to Staff Sergeant Regis Keddie when they were introduced to each other by a priest friend during World War II. With the war ending, they married in 1945. Shortly after their first child was born in 1946, they relocated from St. Louis to Butler, where she was very active in St. Paul's Catholic parish and school. It was in Butler that they expanded the Keddie family with six more children, instilling in them the same values and manners with which she and Regis had been raised. In 1957, she and Regis established the initial Keddie Chevrolet dealership in Transfer, Pa. Their eighth child was born in 1963. In 1964, they moved the dealership to Vandergrift. She worked full time in the family business beginning in 1975, until she became a resident at Concordia. She is survived by her eight children, Regis II, John, Mary Catherine, James, Terese, Michelle, Gertrudann and Michael; and their families, consisting of 18 grandchildren and 27 great-grandchildren, all of whom adored her as much as she did them. In addition to her husband, Dorothy was preceded in death by her only sister, Marie, and Marie's husband, Paul, of St. Louis. While the family is saddened by Dorothy's death, they are comforted by the fact that she has arrived at the destination she sought all of her life and, hand-in-hand with Regis, is in the presence of Our Lord. The Keddie family thanks Concordia Lutheran Ministries and Good Samaritan Hospice for the cheerful and comforting care they provided Dorothy during her stay with them. Despite the stresses caused by covid-19, her caregivers were always attentive and gentle with our mother, and she benefited greatly from their kindness. Due to the constraints brought on by the covid-19 pandemic, visitation will be private for family members only and will be followed by a PUBLIC Mass of Christian Burial at 1 p.m. Monday, November 29, 2021, at St. Gertrude Catholic Church, 303 Franklin Ave., Vandergrift, PA., with Father James Loew, O.S.B. as celebrant. EVERYONE PLEASE MEET AT THE CHURCH. Masks and appropriate physical distancing are kindly requested for all who want to attend the Funeral Mass. Interment will be private. Arrangements have been entrusted to the BRADY-CURRAN FUNERAL HOME AND CREMATION SERVICES INC., Vandergrift. In lieu of flowers, memorial contributions may be made in Dorothy's name to the Mt. Grace Convent of the Holy Spirit, P.O. Box 16459, St. Louis, MO 63125; St. Gertrude Roman Catholic, 303 Franklin Ave., Vandergrift, PA 15690; St. Vincent Archabbey, 300 Fraser Purchase Road, Latrobe, PA 15650; or to the St. Vincent de Paul Society, 116 North Plaza, Apollo, PA 15613. To send an online condolence to the family, please visit www.curranfuneralhome.com. 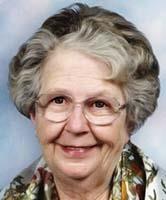 Published by The Valley News Dispatch from Nov. 26 to Nov. 27, 2021.
To plant trees in memory, please visit the Sympathy Store.
MEMORIAL EVENTS
Nov
29
Mass of Christian Burial
1:00p.m.
St. Gertrude Catholic Church
303 Franklin Ave., Vandergrift, PA
Funeral services provided by:
Brady Curran Funeral Home
MAKE A DONATION
MEMORIES & CONDOLENCES
3 Entries
Our deepest sympathy..she was such a nice lady that will be missed.
Don and Joan Ferrante
November 27, 2021
Dear Michelle, So sorry to hear about your Mom's death. Please extend my deepest sympathies to Gert and your entire family. Know that the depth of the loss that you are feeling is a result of the depth of the love that you all had for your mother. You will be in my prayers. Sincerest regards. John
John Colantonio
November 27, 2021
Sending my condolences to all members of the Keddie family.
Tara Tatananni Iffland
November 25, 2021
Showing 1 - 3 of 3 results