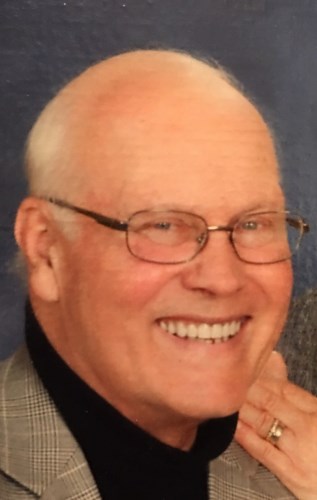 BORN
1943
DIED
2016
FUNERAL HOME
Ross G. Walker Funeral Home Ltd.
217 Freeport Rd
New Kensington, PA
Frank C. Marchlewski, 73, of Lower Burrell, passed away Thursday evening, Oct. 27, 2016. Born Oct. 14, 1943, in New Kensington, he was the son of the late Charles and Mary Bolubasz Marchlewski. Frank was a loving, caring husband, father and friend. He touched all who knew him with his boisterous laugh, warm smile and kind, gentle nature, always willing to help someone in need, family or friend. We were blessed with his life because it made a difference in ours. He was a 1961 graduate of Plum High School and continued his close friendships through the years. He played his college football in the Big Ten for the University of Minnesota as first team center. He was drafted by the Los Angeles Rams in the fifth round of the 1965 draft and later played for the Atlanta Falcons and Buffalo Bills during his seven year career in the National Football League. He was inducted into the Allegheny-Kiski Valley Sports Hall of Fame in 1977. He was honored to be a member the first class of inductees of Plum High School Sports Hall of Fame in 2005. He was a member of the Pittsburgh Chapter of the NFL Retired Players Association, serving as their president for four years. After his football career, he became area and regional sales manager for Genesee Brewing Company of Rochester, N.Y., a career spanning 32 years. Frank is survived by his loving wife, Letitia Trzeciak Marchlewski, of 49 years; two sons, Scott and Chad, of Lower Burrell; brother, Charles (Marlene) Marchlewski, of Logans Ferry; sister, Marcella Zmijewski, of Braeburn; and nieces, Kathy Kirchartz, Karen Boteler and Susan Gates. Additional family members include Uncle Mike Stelika, and his daughters, Teresa and Brenda Stelika, of Lower Burrell, and Jennifer Stelika, of Zelienople, and her children, Jenna and Santiago, Uncle George Stelika and his wife, Lamona, and daughters, and cousins, Jack and Bob Bolubasz, John and Chris Husar, of Manassas, Va., John and Jackie Husar, of Bristol, Va., and Justin and Leah Husar, of Stafford, Va.; and great-niece, Scarlett, and great-nephews, Everett and John. He so enjoyed traveling with his wife to Maine, the southwest states of Arizona and New Mexico, and the eastern shore beaches. He always enjoyed golf tournaments, but mostly golfing with his son, Chad. He and his son, Scott, attended their special sporting events including Super Bowl XXVI in Minnesota. He was a member of St. Margaret Mary Roman Catholic Church in Lower Burrell.
Family and friends will be received from 2 to 4 and 7 to 9 p.m. Tuesday, Nov. 1, 2016, in ROSS G. WALKER FUNERAL HOME LTD., 217 Freeport Road, New Kensington, where a parting prayer service will be held at 9:30 a.m. Wednesday followed by a funeral Mass at 10 a.m. in St. Mary of Czestochowa Roman Catholic Church, 857 Kenneth Ave., New Kensington, officiated by the Rev. John Szczesny. Burial will follow in St. Mary Catholic Cemetery, Lower Burrell.
To leave an online condolence, visit www.rossgwalker.com.
Published by The Valley News Dispatch from Oct. 31 to Nov. 1, 2016.
To plant trees in memory, please visit our Sympathy Store.
MEMORIAL EVENTS
Nov
1
Viewing
2:00p.m. - 4:00p.m.
Ross G. Walker Funeral Home Ltd.
217 Freeport Rd, New Kensington, PA
Nov
1
Viewing
7:00p.m. - 9:00p.m.
Ross G. Walker Funeral Home Ltd.
217 Freeport Rd, New Kensington, PA
Nov
2
Prayer Service
9:30a.m.
Ross G. Walker Funeral Home Ltd.
217 Freeport Rd, New Kensington, PA
Nov
2
Funeral Mass
10:00a.m.
St. Mary of Czestochowa Roman Catholic Church
857 Kenneth Ave., New Kensington, PA
Funeral services provided by:
Ross G. Walker Funeral Home Ltd.
MAKE A DONATION
MEMORIES & CONDOLENCES
Sponsored by Ross G. Walker Funeral Home Ltd..
10 Entries
Dear Dad, We miss you more with each passing year.. You were always the best part of us- the Peacemaker!
With all the uncertainty and craziness this year, it is calming to think of your steadiness and jovial nature that helped us through life's many storms. We think of your always and know you are in Heaven, but wish you would have been here with us for more years and many adventures.. Love Scott.
Scott Marchlewski
Son
October 25, 2020
A good friend and good man. Never forgotten by his family and friends.
Joe Meyers
January 24, 2020
Dad, Its hard to believe it has been three years. We hold you so close in our hearts and I think of you everyday and say prayers that you watch us from above. You were the "Rock" of our family and I still hear whispers of your good advice and caring often. You have left a large blank space in our lives, but with God's help we try to move forward to make you proud of us.. Love your son, Scott.
SCOTT MARCHLEWSKI
Son
October 25, 2019
Scott and Family. Sorry to hear of your loss. Thoughts and prayers are with you.
Tony Buccicone
November 2, 2016
Tisha & family, our prayers, thoughts and love to you on your loss of Frank. Michigan Cousins, Patty, Jann,Stacy,Alison,Carl
Dr. Jann Trzeciak
November 1, 2016
No words can express the friendship or the experiences we had growing up, Marsh will be miss by us all.
Jim Olivo
November 1, 2016
It may be that the most a man can ask of life is the love of a good woman, children who treasure him and a few true friends. In that respect, life did not cheat Frank Marchlewski in the slightest.

The rest of us have been cheated, however, by the loss of a man who died far too soon. His death has saddened his many friends from all corners of the country and it seems as though a great cloud is hanging over us. It may move on eventually, but not right now.

At this point, all we can offer Tish and Frank's children is our deepest condolences and sincere sympathy. Goodbye, old friend.
Joe Meyers
October 31, 2016
Tish, Chad and Scott,

We were so sorry to hear of Franks passing please accept our heartfelt sympathy and know that you will be our thoughts and prayers.

all our love the children of Joe and Jane Marchlewski
Amy Leyland
October 31, 2016
Dear Tish,
So very sorry for your loss. Frank was a very special person and he had a way of making others feel special too! You and the boys are in our hearts and prayers. Hope to see you the next time we are in Pennsylvania
Gerri and Don Nowicki
October 31, 2016
His smile. He was always smiling and so pleasant as a a neighbor. I can still see him watching Ace in his yard, he just loved his Collie's! Our prayers, sympathy to Tish and the boys.
Margie & Mike
October 31, 2016
Showing 1 - 10 of 10 results