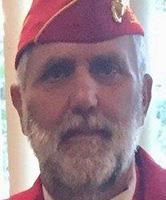 BORN
1951
DIED
2021
FUNERAL HOME
Giunta-Bertucci Funeral Home Inc.
1509 Fifth Avenue
Arnold, PA
Frederick Alan Neilen, 69, a lifelong resident of Lower Burrell, died peacefully in his home, surrounded by family, Wednesday, May 12, 2021, after a courageous six-month battle with cancer. Frederick was born Oct. 30, 1951. On that same date in 1971, he married his soul mate and love of his life, Susan (Capiross) Neilen. They would be celebrating 50 years of marriage this year. Fred was a proud Marine. He enlisted in the Marine Corps on his 17th birthday. He was a Vietnam veteran and was awarded a Purple Heart. He was the owner of Keystone Janitorial Supplies and owner of the Six Pence Bar. He retired from the New Kensington Post Office, where he worked for 30 years. He was the creator and founder of Tri-City Soccer. He held lifelong memberships to the VFW, DAV and the Marine Corps League. In 2017, he was awarded Marine of the Year, which was a great honor to him. He was also an active member of the Westmorland County Vietnam Veterans Association. Fred was a natural-born leader, and that shone through in the many volunteer positions he held. He was co-coordinator for Heroes on Water; District 10 vice commandant to the Department of Pennsylvania Marine Corps League; as well as the vice commandant to the local Allegheny Valley detachment 827 Marine Corps League. Fred took extreme pride in staying active in the Marine Corps and took great joy in his position as the local regional coordinator for the Allegheny Valley Toys for Tots program. This is something he and his daughter, Jennifer, enjoyed doing together. He enjoyed traveling to Florida to spend time with his son, Jess, and his family. He loved to kayak and fish. He was a member of the River's Edge Fishing Club and a Hobie Kayak team representative. He enjoyed hunting and riding his quad. He especially enjoyed watching his grandson Logan's wrestling matches and rarely ever missed a match. He is survived by his wife of 49 years, Susan; a son, Jess (Nicole) Neilen, of Fort Lauderdale, Fla.; his two daughters, Jacquelyn (Garth) Stewart, of Mercer, Pa., and Jennifer Neilen, of New Kensington; and his five grandchildren, Reagan, Angelina, Kennedy, Logan and Annabella. He is also survived by his three brothers, Bob Neilen, Brian Neilen and Robin Neilen; and numerous nieces and nephews. He was preceded in death by his daughter, Nicole; and his parents, Marie Neilen Beers and Robert Neilen. He will also have a heavenly reunion with his best friend, Donnie Briscoe, whom he lost earlier this year. Friends will be received from 6 to 9 p.m. Friday in the GIUNTA-BERTUCCI FUNERAL HOME INC., 1509 Fifth Ave., Arnold, JohnPaul Bertucci, owner/supervisor. The Allegheny Valley Marine Corps League No. 827 will conduct a service at 7 p.m. Friday at the funeral home. A funeral Mass will be celebrated at 10 a.m. Saturday at St. Margaret Mary Roman Catholic Church, Lower Burrell. Burial will be at Union Cemetery, Arnold, with full military honors. In lieu of flowers, donations may be made in Fred's name to Toys for Tots, 838 Pittsburgh St., Springdale, PA 15144. To leave an online condolence, visit www.giunta-bertucci.com.
Published by The Valley News Dispatch on May 14, 2021.
To plant trees in memory, please visit the Sympathy Store.
MEMORIAL EVENTS
May
14
Visitation
6:00p.m. - 9:00p.m.
Giunta-Bertucci Funeral Home Inc.
1509 Fifth Avenue, Arnold, PA
Funeral services provided by:
Giunta-Bertucci Funeral Home Inc.
MAKE A DONATION
MEMORIES & CONDOLENCES
Sponsored by Giunta-Bertucci Funeral Home Inc..
4 Entries
I am sorry for your loss. I grew up on Hastings and am 3 years younger than Fred. My memory....walking by their house on the way home from school and a picture on the front page of the paper of him in his Marine uniform. Not sure the reason but it sticks in my mind.
I wish you time to heal and remember all of the good times and memories.
Betsy Yetter Breneman
bo
Neighbor
May 16, 2021
My heart is pained by your loss. I will always remember our trips on the weekend back and forth to Pilly Naval Hospital as both of us spent many months there. You were my hero for all you did and have done for all Veterans. Rest in Peace my Brother.
Tom Rushnock
Served In Military Together
May 15, 2021
As the days and weeks pass, and as you return to life's routine, may you continue to feel comforted by the love and support of family and friends.
Mary Marsh
Sister
May 14, 2021
Fred I know you are free of pain. You went to God with the Angels welcoming you. Now you're next to Jesus. Looking down from heaven watching your loved ones and protecting them. We love you Fred
Mary Marsh
Sister
May 14, 2021
Showing 1 - 4 of 4 results