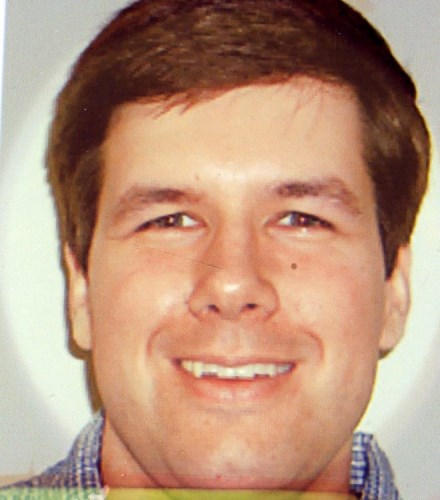 BORN
1971
DIED
2016
FUNERAL HOME
Cicholski-Zidek Funeral Hom
1522 Carlisle St
Natrona Heights, PA
Russell A. Howard II, 45, of Pittsburgh, passed away Tuesday, May 3, 2016, at his home. He was born Jan. 7, 1971, in New Kensington, a son of Cornelia "Cookie" Lucas Howard, of Allegheny Township, and the late Russell A. Howard. Russell has lived in the area since the age of 12 and was a 1989 graduate of Kiski Area High School. He received his Bachelor of Science degree in computer science from the University of Pittsburgh and his Master of Information Science degree also from the University of Pittsburgh. For the past 20 years, Russell has worked in the Computer Science Department at the University of Pittsburgh. He enjoyed working on and playing games on his computer. Russell is survived by his mother, Cornelia "Cookie" Howard, of Allegheny Township; and by his aunt and uncle, Sheryl and James Sipes, of Natrona Heights. In addition to his father, he was preceded in death by his maternal grandmother, Emma Chapman; maternal grandfather, Louis Lucas; paternal grandparents, Norman and Mary Howard; and by his cousin, Lori Sipes.
Friends will be received from 6 to 8 p.m. Friday and from 9 a.m. until the time of a blessing service at 10 a.m. Saturday in the CICHOLSKI-ZIDEK FUNERAL HOME INC., 1522 Carlisle St., Natrona Heights, 724-224-8688. Burial will be private.
To send an online condolence, please visit www.cicholski-zidekfuneralhome.com.
Published by The Valley News Dispatch on May 6, 2016.
To plant trees in memory, please visit the Sympathy Store.
MEMORIAL EVENTS
To offer your sympathy during this difficult time, you can now have memorial trees planted in a National Forest in memory of your loved one.
Funeral services provided by:
Cicholski-Zidek Funeral Hom
MAKE A DONATION
MEMORIES & CONDOLENCES
Sponsored by Cicholski-Zidek Funeral Hom.
6 Entries
So sorry to hear of your loss. He was a good buddy of Darin's. God bless you with comfort and strength. We love you, Channy & Doris Washington, WV.
May 11, 2016
I knew him as "Rusty" when his family lived next door to us. I used to babysit him and we always had a lot of fun. So sorry to hear of his sudden passing and will keep Cookie and his friends in my thoughts and prayers.
Christi Wilson
May 10, 2016
Cookie, There are no words to express my condolences for your horrendous loss and heartache. May you find some strength to aid you through this time. Lean on those around you. Always feel free to call me anytime or come here for a change of scene.
cosetta kerr
May 7, 2016
So sorry for your loss. Wish we had the time to play online. Will wait till the future when we have eternity on our side.
J. R.
May 6, 2016
Ralph Earnest
May 6, 2016
My deepest condolences on the loss of your beloved Russell. You and your family are in my thoughts and prayers.
Ralph Earnesyt
May 6, 2016
Showing 1 - 6 of 6 results