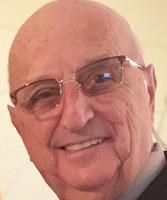 BORN
1933
DIED
2019
ABOUT
Central Catholic High School
FUNERAL HOME
Burket-Truby Funeral Home Cremation & Alternative Services
421 Allegheny Avenue
Oakmont, PA
William Anthony Seles, formerly of Cheswick and Springdale, passed away at noon Monday, July 15, 2019, at the age of 85. Bill, as he was known to many, was a loving husband to his wife, Lydia Ann, and wonderful father to three children, Bill (Dorothy), Karen (Jeffrey, deceased) and James (Lynn). He also leaves behind eight grandchildren. Bill was born July 24, 1933, in Pittsburgh. He grew up in the Lawrenceville section of Pittsburgh, graduating from Central Catholic High School in 1950 and Kiski Prep in 1951. He went on to spend time at The Citadel and attended Duquesne University until he enlisted in the Army in 1953. That same year, he married the love of his life, Lydia Ann Flais of Oakmont. They spent the next 65 years together, and their love grew stronger every day. Bill was known as a very motivated and driven businessman. He owned a variety of businesses, including The Crystal Bar in Cheswick for 20 years. Bill became a large polka radio personality, travel agent, and was appointed as district justice in the Allegheny Valley. His overwhelming passion for polka music was at the epicenter of a great run as "Western Pennsylvania's Polka Ambassador." He parlayed this passion into worldwide touring and the legendary Seven Springs Polka Festivals which lasted for four decades. Bill is also in the Cleveland Polka Hall of Fame, inducted to the Trustees Honor Roll in November of 1991 for his contributions as a heavyweight promoter of the music. In the later years, he was emotionally moved by the number of people who would approach him to let him know how much happiness he brought to their lives with his polka activities. He was grateful to see other people found this to be such a positive influence on their lives. Bill and Lydia Ann also spent quality time and made many friends in Southern California and South Carolina. His radio show signoff was to his wife; he would say, "I love you more today than yesterday, but less than tomorrow." Well, husband, father and grandfather, we will love you forever!
There will be no visitation. Friends will be received at 9:30 a.m. Friday, July 19, at St. Margaret Mary Church in Lower Burrell, followed by a Mass of Christian Burial at 10 a.m. A mercy luncheon will follow the service in the church hall. At the family's request, burial services will be private. Arrangements are by BURKET-TRUBY FUNERAL HOME CREMATION AND ALTERNATIVE SERVICES INC., Oakmont.
Memorial contributions may be made to the Salvation Army, 1101 Fifth Ave., New Kensington, PA 15068.

Published by The Valley News Dispatch from Jul. 17 to Jul. 18, 2019.
To plant trees in memory, please visit the Sympathy Store.
MEMORIAL EVENTS
Jul
19
Calling hours
9:30a.m.
St. Margaret Mary Church
Lower Burrell, PA
Jul
19
Mass of Christian Burial
10:00a.m.
St. Margaret Mary Church
Lower Burrell, PA
Funeral services provided by:
Burket-Truby Funeral Home Cremation & Alternative Services
MAKE A DONATION
MEMORIES & CONDOLENCES
Sponsored by Burket-Truby Funeral Home Cremation & Alternative Services.
16 Entries
Although Bill was a Polka guy, he had heard my Croatian band, Trubaduri, and marketed us to his audience. In 1979, Bill had us play on a Caribbean cruise that he had arranged through his travel agency, and treated us very well. We have fond memories of our relationship with Bill. He was a great guy. Our condolences to his family.
Dan Shebetich
July 23, 2019
Mrs. Seles and family...I had the pleasure of serving Mr. and Mrs. Seles for many years at Elena's Restaurant in Lower Burrell, such an endearing couple, always kind, gracious and genuine. I Was fortunate to meet Mr. Seles family today at my new place of employment and visit with Mrs. Seles. He was blessed with a beautiful wife and family.
Kelly Abbenante
July 21, 2019
Mrs. Seles & Family
Very sorry to hear about Bill. He was one of the very best. R.I.P. Bill
Jerry Osan
Jerry osan
July 20, 2019
Dear Seles family I'm so sorry to hear of Bills passing. He was like an Uncle to us Bodick kids and David's God father. We have so many great memories of You all and with love and prayers for you and your family.
♥
Pati Bodick Mastbrook
July 20, 2019
So sad to hear about Bill. What a big loss to all. Such a lovely man with a lovely family. All of you are in my prayers. Sending hug
Beverly Bodick Caldwell
July 19, 2019
He always kissed my hand when he greeted me. I will always remember him and his beautiful wife, Lydia Nn
Gerry Foss
July 18, 2019
Margaret Legler
July 18, 2019
Dear Karen, So sorry to learn of your father's death. You have my deepest sympathy.
Evelyn Shaeffer
July 18, 2019
Jimmy. I just read on line the passing of you dad. It sucks!! Never forget the good times you had with him . May he rest in peace. Jim Bosman of Clarion , Pa
Jim Bosman
July 18, 2019
Thoughts and prayers from Wainwright.
Chris and Karen Wander
July 18, 2019
Karen, so sorry for your loss. Wishing you the comfort that happy memories can bring.
Peggy Bloch
July 17, 2019
Dear Seles Family,
My sympathy to you at the loss of your husband, father , father-in-law, and grandfather. My thoughts and prayers are with you during this time. The Bill Seles Polka party was always on in our house growing up- fond memories. Remember all the great memories you've made; they will be help you through these difficult times . Rest In Peace Mr. Seles
Dottie Strawoet
July 17, 2019
Karen and family- so sorry for your loss. Don and Cheryl Ferrante
Cheryl Ferrante
July 17, 2019
Our family listened to Bill Seles every Sunday morning. He did touch thousands of people. My deepest sympathy to the Seles family.
Al Novak
July 17, 2019
Condolences to your family..I remember going to the bar with my dad all the time..Bill was a very nice guy...Prayers to you all. Judy Uzmack
July 17, 2019
Bill, so sorry to hear about your Dad's passing. The region will miss a true icon and wonderful man. "In heaven there is no beer," but I think God will make an exception now that your father is headed there. Prayers for his soul, for you, and the entire family.
Tom Nypaver
July 17, 2019
Showing 1 - 16 of 16 results