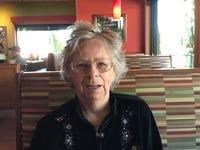 BORN
1931
DIED
2021
FUNERAL HOME
New Tacoma Cemeteries, Funeral Home and Crematory
9212 Chambers Creek Rd. W.
University Place, WA
Betty Birgenheier
August 2, 1931 - September 25, 2021
University Place, Washington - Isabella "Betty" Birgenheier
University Place, Washington Isabella "Betty" Birgenheier (Kilwein) passed away peacefully on September 25, 2021. Covid-19 was a contributing factor in her death. Betty was born on August 2, 1931 in Stark County, North Dakota. Her parents were Martin and Annie Kilwein. She had seven siblings.
Betty spent her early years working on her parent's farm in South Heart, North Dakota. In 9th grade she moved to Dickinson, North Dakota to attend Model High School. After graduating she moved to Seattle to live with her sister. Betty worked several jobs including working for banks and insurance companies.
While in Seattle she met Carl Birgenheier who was also from Dickinson, North Dakota. After dating for a period of time they moved back to Dickinson where they wed on September 2, 1954. The couple then moved to Cle Elum, Washington where Betty served as the secretary for the Superintendent of the Cle Elum School District. In 1959 Carl and Betty then moved to University Place where they remained.
Betty continued her education taking various education classes to work in the schools. Betty worked for the Tacoma School District as a para-educator for more than 20 years. After retiring Betty and Carl spent the winters enjoying the warm weather in Mesa, Arizona.
Betty is survived by her son Hugh and his wife Pam, four grandchildren (Adam, Rebecca, Thomas and Annette) and three siblings (Leona, Roger and Jeanette). Betty was preceded in death by her parents, her husband (Carl), her daughter (Nancy) and four of her siblings (Francis, Mary, Peter and Steven).
Guestbook at www.newtacoma.com

Published by News Tribune (Tacoma) on Oct. 24, 2021.
To plant trees in memory, please visit the Sympathy Store.
MEMORIAL EVENTS
To offer your sympathy during this difficult time, you can now have memorial trees planted in a National Forest in memory of your loved one.
Funeral services provided by:
New Tacoma Cemeteries, Funeral Home and Crematory
MAKE A DONATION
MEMORIES & CONDOLENCES
Sponsored by New Tacoma Cemeteries, Funeral Home and Crematory.
4 Entries
Hugh, my condolences to you and your family on the loss of your mother. Your mom and my dad (Joe Winter) were 'neighbors' while at the Merrill Garden's Garden House. Sending prayers that you are comforted with good memories of her during this difficult time.
Mary Winter
October 27, 2021
Sorry for your loss.
Brad Blackburn
October 24, 2021
Hugh, I am very sorry for your loss. May your mom rest in peace and may you find comfort in many happy memories.
Heidi Sagers Oberst
Friend
October 24, 2021
Hugh... My heart hurts right now, thinking not only of the passing of your mother, but the loss my mother, Mona, as well.. Blessings and God's Peace, my friend... Mike
Jay (Mike) Hanby
October 24, 2021
Showing 1 - 4 of 4 results