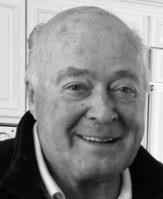 BORN
1938
DIED
2021
ABOUT
Franklin High School
FUNERAL HOME
New Tacoma Funeral Home & Crematory - University Place
9221 Chambers Creek Rd. W.
University Place, WA
Dean Morrison
May 9, 1938 - November 8, 2021
University Place, Washington - Dean Morrison, 83, passed away peacefully, in Tacoma on November 8th, 2021. Dean was born on May 9th, 1938 in Seattle, Washington to James and Margaret Morrison.
Dean graduated from Franklin High School in 1957 where he excelled in basketball and baseball. He continued to play basketball at PLU under Marv Harshman. Dean also served in the US Army Reserves as a Staff Sergeant and was honorably discharged in September 1965. In 1961 he married Donna, the love of his life for 60 years.
Dean owned Morrison's North Star Marine Fuel Dock on Lake Union. His family worked alongside of him every summer while living on their antique yacht, the Tioga. Great memories and lifelong friendships were formed during this time. When Dean retired, his son, David, purchased the family-owned business to continue Dean's legacy.
Boating was a big part of Dean's life. Since boyhood he loved boating in the San Juan and Canadian Waters. Dean and his wife Donna also made many trips to Hawaii, and they spent winter months in Palm Desert, California.
Family was the joy and the center of Dean's life with Donna, his wife and best friend. He was extremely proud of his children and he loved his grandchildren without bounds. He never missed a child's sporting event, recital or award ceremony. He even received a "Fan of the Year Award" twice. When he wasn't with his family, you could find Dean reading, watching a western movie, playing cribbage, or golfing with dear friends at Fircrest Golf Club. He also enjoyed being a member of Tacoma Yacht Club as well as the Elks Club.
Dean lived his life with a twinkle in his eye and a smile on his face. He was a friend to many who loved him for his kindness, humor, and friendship. He was amazing at the barbeque and he could even cook an entire meal. Many of his fun sayings brought smiles to everyone.
Dean is survived by his loving wife Donna, his sister Darla, and his children Dale (Ky), David (Aleda), Denise (Mien), seven grandchildren, Jennie (Victor), Robbie (Kim), Jessie, Conner, Brynn, Ethan, and Kevin, and great-grandson AJ.
Dean will be greatly missed.
A private ceremony will be held in the Spring.
Please consider a donation to the American Heart Association or Young Life -University Place in Dean's name.

Published by News Tribune (Tacoma) on Nov. 21, 2021.
To plant trees in memory, please visit the Sympathy Store.
MEMORIAL EVENTS
To offer your sympathy during this difficult time, you can now have memorial trees planted in a National Forest in memory of your loved one.
Funeral services provided by:
New Tacoma Funeral Home & Crematory - University Place
MAKE A DONATION
Please consider a donation as requested by the family.
MEMORIES & CONDOLENCES
Sponsored by New Tacoma Funeral Home & Crematory - University Place.
1 Entry
May your memories of the wonderful times you shared with your loved one comfort you and your family, today and always.
American Heart Association
November 23, 2021
Showing 1 - 1 of 1 results