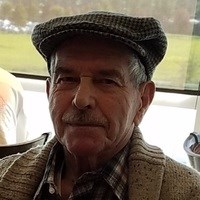 BORN
1927
DIED
2021
ABOUT
Puyallup High School
FUNERAL HOME
Powers Funeral Home
320 West Pioneer Avenue
Puyallup, WA
Donald Barovic
October 11, 1927 - November 12, 2021
Federal Way, Washington - Donald M. Barovic Obituary
Born to Mike Barovic and Andrea (Constanti) Barovic in Puyallup, WA on October 11, 1927, Donald M. Barovic passed in peace at 94 yrs old on Nov.12th, 2021. Donald, or Don as most knew him, graduated Puyallup High School in 1945 although he was part of the 45, 46, 47 classes reunions and loved attending the annual class Alumni events. After high school Don attended Seattle University. In his youth, Don was part of the Puyallup Sea Scouts program and helped 'watch the skies' during and after the war as a young scout. He did small mechanic type jobs before he was old enough to work and spent many days with family at the beach and the family cabin at Silver Springs bought in 1933 as part of the post-depression CCC program. Don was one of the original stockholders of Crystal Mountain Resort and was part of the Crystal Ski Team and Seattle U Ski Jump Team. Always active in the community Don was a member of the Slavonian American Benevolent Society, VFW Hall in Puyallup, Eagles Hall in Puyallup (44+ yrs), The Elks Life membership (72 yrs), Tacoma Sportsman's Sustained Life member, Propeller club, International Union of Operating Engineers Local 612, UofW Presidents Club, and numerous preservations entities such as Western Wildlife Foundation and Ducks Unlimited. Don cared about nature very much having lived/farmed on the Hylebos Creek, he made sure it was always clean, and had it stocked annually so fish runs would continue. For recreation, Don was an avid outdoorsman and a member of the Linden Golf Club. His early working life was spent in the movie theater business working the properties his father and father-in-law built and operated. Later he would help restore the Liberty theatre back to life and bring many years of memories of wonderful events for the community such as weddings, super bowl events, and other private functions. He now leaves this legacy to the community in the Liberty's original theater venue and the Sumner ManeStage theater group. Don also worked at Boeing for 10 yrs. as a program manager developing ways to manage production more safely and productively. Following Boeing and the 71 recession, he created his own business: Concrete Pacific Sawing and Drilling. Over 15 yrs. he grew his business to 35 employees and 35 trucks performing major concrete jobs all over the state, one of which was Grand Coulee Dams pipe cutting and drilling. Following that, Don worked in the insurance business as public relations and sales for American Income Life focused exclusively on unions. He was awarded top sales person in the company 2 yrs. in a row. Donald is survived by 2 sisters: Beverly Foley (Barovic) - 90, Marie Rosenberg (Barovic) - 99, and one deceased sister, Katherine Barovic, who died shortly after birth. He has 3 living children: Kim Barovic, Melissa Hollenbeck, Bevin Schell, and one deceased daughter Virginia Lee, along with 5 grandchildren. Due to the Covid19 pandemic a small family celebration is all that is planned. Please Donate to any conservation program in his honor or plant a tree. Donald, and his father Mike Barovic, cared very much for the natural life of our lands and that would honor them to donate to one of those types of charities. Don "easy going Don" will be greatly missed by all.

Published by & & & from Nov. 21 to Nov. 27, 2021.
To plant trees in memory, please visit the Sympathy Store.
MEMORIAL EVENTS
To offer your sympathy during this difficult time, you can now have memorial trees planted in a National Forest in memory of your loved one.
Funeral services provided by:
Powers Funeral Home
MAKE A DONATION
MEMORIES & CONDOLENCES
Sponsored by Powers Funeral Home.
5 Entries
Donald came into my life for a reason. We went to movies, theatre, ate at many restaurants, picnics, dancing at the Eagle Lodges in Puyallup and Tacoma, functions at The Liberty Theare, Puyallup Class Reunions, watching television, and enjoyed each other's company. I miss him and to Donald I want to say With Love, "Thanks for the Memories"
Jo Ann
November 26, 2021
As an old friend, I was saddened to hear of Don's passage and thank you for your portrait of his many activities in our South Sound community. Don was always a person of strong opinions, but was dedicated to defending and protecting the place of working families in our community. He was always on call to help in this endeavor and was a strong champion of organized labor. We will miss this voice and advocacy.
Senator Steve Conway
November 24, 2021
Thinking of you Melissa. You did good by your dad. And you know it. Prayers for you to find peace with this significant loss. Best, Rajiv.
Rajiv Nagaich
Friend
November 23, 2021
My thoughts and prayers are with your family during this huge time of loss, Don. Missy did a wonderful job on the obituary, I learned a few things about you that I didn't know. Thank you for always being there for me for the past 39 years, I will never forget the times we shared. I will see you on the other side my friend.
Diana Chatelain Byers
Friend
November 21, 2021
Regards to Dons family and friends. Especially Kim. He was such a great friend. Sincerely, Max Palmer and family.
Maxine Barth Palmer
Friend
November 21, 2021
Showing 1 - 5 of 5 results