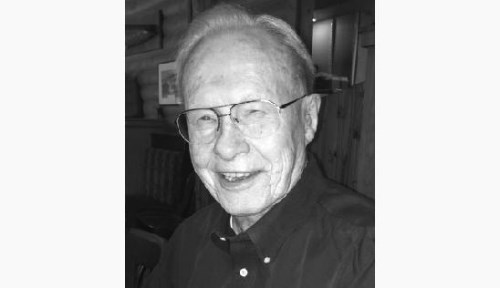 FUNERAL HOME
GAFFNEY FUNERAL HOME
1002 S. Yakima Ave.
Tacoma, WA
E. Silas Torvend 1921 - 2015 We give thanks to God for the life of the Reverend E. Silas Torvend, born on December 2, 1921, to Silas and Emma Torvend in Silverton, Oregon. He died on April 17, 2015, in Tacoma. He was preceded in death by his parents and his siblings Palmer and Agnes. He is survived by his wife, Alice; his sisters, Eunice and Olga; his son, Samuel (Sean Horner); his daughter, Rebecca (Frank Rainsberger); his beloved grandson, Rex Torvend Rainsberger; and many nieces and nephews. A graduate of Silverton High School, he received the B.A. from Pacific Lutheran University (1947) and M.Div. from Luther Seminary (1950). He was ordained a Lutheran pastor in 1950 and served parishes in Puget Island, Burlington, Cupertino (CA), North Hollywood (CA), Lakewood, Burien, and Tacoma. He served as a regent of California Lutheran University, board chair of Lutheran Social Services in Northern California, and was a trainer in Stephen's Ministry. His was recognized by the Lutheran World Federation for his ability to guide flourishing parishes by sending European pastors and bishop to observe his use of organizational methods. And yet he was best known for his warm and magnanimous personality, his open welcome to friend and stranger alike, his resistance to judgmental forms of Christian faith, and his abiding respect for the lives of others. Friday, April 24, at 7:00 pm: Vigil with sharing of memories at Gaffney Funeral Home in Tacoma; Saturday, April 25, at 1:00 pm: the Holy Communion at St. Mark's Lutheran Church by the Narrows in Tacoma, followed by burial at Dunn Cemetery in Mossyrock WA. In lieu of flowers, the family recommends gifts to the Silas and Alice Torvend Scholarship at PLU; Faith Action Network of Seattle; St. Mark's Lutheran Church in Tacoma. Blessed be his memory among us. Please leave online condolences at www.gaffneycares.com. Arrangements by Gaffney Funeral Home, 253-572-6003.
Published by News Tribune (Tacoma) on Apr. 21, 2015.
To plant trees in memory, please visit the Sympathy Store.
MEMORIAL EVENTS
To offer your sympathy during this difficult time, you can now have memorial trees planted in a National Forest in memory of your loved one.
Funeral services provided by:
GAFFNEY FUNERAL HOME
MAKE A DONATION
MEMORIES & CONDOLENCES
7 Entries
Rebecca and the entire extended family, please accept my condolences on the loss of your father. He was a great man who left the world a better place for having been in it. May you take comfort in your loving memories and the support of friends and family...
Jaynie Jones
April 25, 2015
Chorus angelicum te sucipiat. Aeternal habias requiem. Rest well, dear Si. Our heartfelt condolences to dear Alice. We remember you both with the greatest love and appreciation.
Claudia Finseth
April 22, 2015
Our condolences and sympathies to the Torvend and Rainsberger families. We are so grateful for Pastor Torvend's ministry at Bethel in Cupertino, CA. We can rejoice that he is in the presence of our Lord and Savior. Suzanne (Scott) Lujan and Marguerite G Scott - South Carolina
Suzanne Lujan
April 22, 2015
Our days at Bethel Lutheran Church in Cupertino, CA and our dear Pastor T. remain in our hearts with gratitude to God.
The Gentry Family
April 22, 2015
We will all miss Pastor Si. He was a visiting Pastor with St. Mark in Lacey. He visited with me several times when it was needed. Karen
April 22, 2015
I am so sorry to hear of Si Torvend's passing. He was Pastor at Burlington when my husband David Hansen attended there. He was so kind to visit us and offer us comfort in LA when my husband had a brain tumor removed. Thanks be to God for the life of Si Torvend. Fran Hansen Bow, Washington
April 21, 2015
On behalf of the Aamodt family from the Hubbard/Needy area of Oregon, and who knew the Silverton Torvends, I extend my deepest sympathy to all of you. A life very well lived in complete extension of ministry and service to others. Rest in peace, Pastor Torvend. Your legacy lives on. To God be the Glory.
Norma Aamodt-Nelson
April 21, 2015
Showing 1 - 7 of 7 results