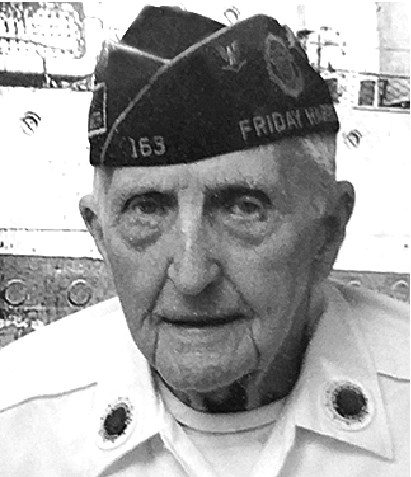 BORN
1924
DIED
2017
Frank Ulysses Miner November 13, 1924 to June 25, 2017 Frank, the son of Lettie and Ray Miner, was born in Colby, Washington, and lived with his mother and two older sisters, Anita and Aloha. He served in the US Navy during WW2 aboard the USS Sterett, surviving a Japanese Kamikaze attack off the island of Okinawa in 1945 that put the ship out of commission. He returned home, met his wife Shirley Schneider, and married her on February 25, 1950. He was recalled to the Navy for the Korean War, returning home in 1951. He has three sons, John and Philip who preceded him in death. His wife of 67 years and his second son, Tom, survive him. He has two grandchildren, Becky and Jason, and two great-grandchildren, River and Chloe. Frank served his community in a variety of volunteer roles. He served as a Coast Guard Auxiliary captain, Assistant Scout Master, Explorer Search and Rescue Volunteer, Firefighter and Fire Chief for the City of Friday Harbor, and American Legion Commander. He moved to Gig Harbor in 2016 to be closer to family. His interment will be at the Haven of Rest Cemetery in Gig Harbor. If you would like to send condolences to his loved ones, please send them to Shirley Miner, 7083 Wagner Way #101, Gig Harbor, WA 98335.
Published by News Tribune (Tacoma) on Jul. 6, 2017.
To plant trees in memory, please visit the Sympathy Store.
MEMORIAL EVENTS
To offer your sympathy during this difficult time, you can now have memorial trees planted in a National Forest in memory of your loved one.
MAKE A DONATION
MEMORIES & CONDOLENCES
0 Entries
Be the first to post a memory or condolences.