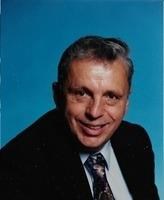 BORN
1932
DIED
2021
FUNERAL HOME
HAVEN OF REST FUNERAL HOME
8503 State Route 16 Nw
GIG HARBOR, WA
James Potter
May 26, 1932 - February 7, 2021
Gig Harbor , Washington - James H. Potter passed away on 2/7/2021 in Gig Harbor, WA at the age of 88 years. He was born in Seattle, WA, and spent most of his life in the Pacific N.W. Jim began working in the trucking industry when he was very young. He continued his occupation as a truck driver, and was a business agent for Teamsters Local 313. Jim served active duty in Korea, and after the war was station at Fort Lewis, WA. He especially enjoyed his coffee groups, fishing, boating, and crafting in his garage. At one point, even building a sailboat with which he and and friends spent many happy times. Jim leaves behind his wife Virginia Potter, their daughters Judith Quast, Portland OR. Jeanne Briggs, Gig Harbor WA. And his son Jamie Potter, Sunrise OR. 8 grandchildren,12 great grandchildren. Sister Sally Olson, Brother Jerry Potter, as well as other relatives and friends who miss him. Forever in our hearts

To plant trees in memory, please visit our Sympathy Store.
Published by News Tribune (Tacoma) on Apr. 8, 2021.
MEMORIAL EVENTS
No memorial events are currently scheduled.
To offer your sympathy during this difficult time, you can now have memorial trees planted in a National Forest in memory of your loved one.
Funeral services provided by:
HAVEN OF REST FUNERAL HOME
MEMORIES & CONDOLENCES
Sponsored by HAVEN OF REST FUNERAL HOME.
0 Entries
Be the first to post a memory or condolences.