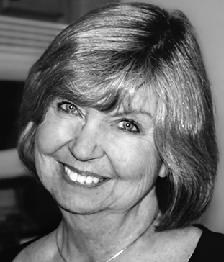 BORN
1942
DIED
2019
ABOUT
Wilson High School
Janet (Wick) Gosselin Janet Lorraine Gosselin joined her Lord and Savior on November 6, 2019, after passing away suddenly of a heart attack at her Brush Prairie, Washington, home. She was born in Tacoma on June 17, 1942, to parents Harold and Dagmar Wick. She graduated from Wilson High School in 1960 and Seattle Pacific University in 1964. She married Gary Gosselin and soon after moved to Sun Valley, Idaho, and later Coeur d'Alene, Idaho. She was a remarkable mother, loving, compassionate and wise to four children; Suzanne, Angie, Jeff and Brittany. When her children weren't quick enough to give her grandchildren, she was adopted as Grandma Aunt Jan by many of her nieces and nephews! When the grandchildren did finally come, we had never seen her happier. She treasured being "Omie" to Ryder and Jackson, "Jan-Jan" to Madison and always remained "Grandma AJ." Other titles she relished were: Mama, Best Friend, Godmother, Aunt, Favorite Sister, Wife, Partner and "Queen of the Wick Family." Janet is survived by her daughter Brittany (James) Rettenmeier, son Jeff (Laura) Steele, granddaughter Madison, grandsons Ryder and Jackson, devoted partner of eight years, Joe McDonald, as well as sisters Clarine (Reuben) Kvamme, Elaine (Chuck) Holme, Vicky (Jeff) Stone, Sheryl (Dan) Jorgenson, brother Wes (Judy) Wick, sisters-in-law Barbara Wick, Kris Chambard, Connie (John) Taylor, and brother in-law Tim (Mollie) Gosselin, her mother-in-law Beverly Gosselin, and dozens of cousins, nieces and nephews, on both sides of her family, who simply adored their Jan! Janet was welcomed in Heaven by her loving husband Gary, daughters Angie Gosselin and Suzanne Frederick, who passed away in 1989 and 1991, respectively, brothers Roy and Ronald Wick, her mother and father Harold and Dagmar and her father-in-law Richard Gosselin. Throughout her entire life, Janet showed remarkable strength and was a model of courage, dignity and survival who chose to live on the brightest side of life. She was an incredible listener, teacher, mentor and friend who taught us all that you can persevere by simply putting one foot in front of the other during the times of indescribable personal tragedy. To know her was to truly love and admire her! Janet's memorial service will be held on December 7 at 11 am at the Kilworth Chapel on the University of Puget Sound Campus, 3410 North 18th Street, with a reception immediately following at the University of Puget Sound Rotunda. In lieu of flowers, donations can be made in Janet's name to the Humane Society for Southwest Washington, 1100 NE 192nd Avenue, Vancouver, WA 98684. Please leave memories at Legacy.com.
Published by News Tribune (Tacoma) on Dec. 1, 2019.
To plant trees in memory, please visit the Sympathy Store.
MEMORIAL EVENTS
Dec
7
Memorial service
11:00a.m.
Kilworth Chapel on the University of Puget Sound Campus
3410 North 18th Street, WA
MAKE A DONATION
MEMORIES & CONDOLENCES
0 Entries
Be the first to post a memory or condolences.