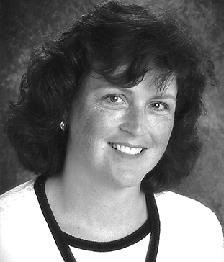 ABOUT
Wilson High School
Joanne Gaulke Joanne Denise Gaulke (Williams), 55, of Spanaway, WA passed out of this life into her heavenly dwelling on July 1st, 2020 at 8:50 p.m. after a 7-year battle with early-onset Alzheimer's. Joanne was a life-long Tacoma area resident. She was born and grew up in North Tacoma attending Downing Elementary, Mason Middle School, and Wilson High School. Her senior year of high school she was chosen to be Wilson's representative in the Daffodil Court as Princess. Following her graduation, she attended Washington State University and graduated in 1987 with a B.S. in Political Science. After time spent working towards a post-graduate degree in law at the University of Chicago, she decided to return to Tacoma and change her degree to a M.A. in Counselling from Pacific Lutheran University. She attained her degree in 1993. Joanne worked as a guidance counselor in Tacoma, Clover Park, Puyallup, and finally Bethel School districts. While at Bethel she worked at Cedarcrest Middle School and finished her career at Graham-Kapowsin High School after the 2015-2016 school year. Joanne is survived by her husband of 29 years, Tad Gaulke, sons Nathan and Brett, and daughter Larissa. A celebration of her life will be held at her home church, Sound Life Church located at 3425 176th St. E., Tacoma, WA 98446, Thursday, July 16th at 2:00 p.m. In lieu of flowers or other gifts her family requests that gifts be directed to the Washington State Chapter of the Alzheimer's Association.
Published by News Tribune (Tacoma) on Jul. 12, 2020.
To plant trees in memory, please visit the Sympathy Store.
MEMORIAL EVENTS
Jul
16
Celebration of Life
2:00p.m.
Sound Life Church
3425 176th St. E, Tacoma, WA
MAKE A DONATION
Please consider a donation as requested by the family.
MEMORIES & CONDOLENCES
2 Entries
I knew Joanne as our school counselor at Cedarcrest. She was an excellent counselor and a beautiful person. I am so sorry to learn of her familys loss.
Jon Holdaway
Coworker
July 12, 2020
My grandparents, the Bielenbergs, lived down the street & were friends with Rodger and Mary Jane. I remember Joanne from when we were kids. So sorry to her of her passing from Alzheimers . Thoughts and prayers to her family.
Carol Wood Hop
Carol
July 12, 2020
Showing 1 - 2 of 2 results