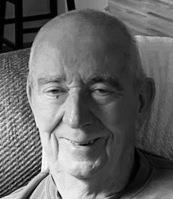 BORN
1944
DIED
2021
FUNERAL HOME
FIR LANE MEMORIAL PARK
924 176TH ST E
SPANAWAY, WA
John L Marshall
May 7, 1944 - October 16, 2021
Spanaway, Washington - Born in Tacoma, WA on May 7, 1944; passed away October 16, 2021 in Spanaway, WA at home peacefully with his family. He was preceded in death by his Mother Ruby Thaut, Father Leo Marshall, Sister Ruby Howard and Brother Tom Marshall
He is survived by his loving wife Jana Marshall (Spanaway, WA) Daughters Denise (Mark) Cuevaz (Mesa, AZ) Brandy (Mike) Tadlock (Spanaway, WA) Grandson's Lathan Cuevaz, Michael Tadlock and Jesse Tadlock. Sister Mary Ann Fox
John graduated from Puyallup High School in 1962. After high school he enrolled at J.M. Perry Institute in Yakima, WA where he graduated in 1965. John served in the US Navy from 1965-1969. After the Navy John taught electronics at Clover Park Technical College from 1970-1972. He finished out his career in Public Utilities at Tacoma City Light as a Power Dispatcher from 1972-1997.
Since 1997 John had served on the Board of Directors of the Frederickson Clover Creek Community Council and the Friends of Stan and Joan Cross Park where he strived to make his community of Frederickson a better place to live, work and play.
John was well known throughout the community and will be greatly missed by many.

Published by News Tribune (Tacoma) on Oct. 24, 2021.
To plant trees in memory, please visit the Sympathy Store.
MEMORIAL EVENTS
To offer your sympathy during this difficult time, you can now have memorial trees planted in a National Forest in memory of your loved one.
Funeral services provided by:
FIR LANE MEMORIAL PARK
MAKE A DONATION
MEMORIES & CONDOLENCES
Sponsored by FIR LANE MEMORIAL PARK.
2 Entries
I am sorry to hear of John's passing. He was a fellow student at Puyallup High School, class of 1962. I remember John as a fun loving guy. He had a sense of humor. We were not close friends but I always enjoyed being around him at school. I'm so sorry for your loss
Loretta Snyder Fulk
October 24, 2021
Fly high John..you absolutely earned those wings..you will be so missed, but I am truly glad that hopefully you didn't suffer long. There is quite a gang of 1962 grads waiting for you..Blessings to your family and I know they are surrounded by your love.
Kareen Shanks
Friend
October 24, 2021
Showing 1 - 2 of 2 results