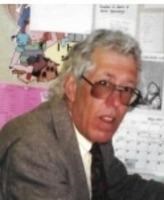 BORN
1940
DIED
2021
Kenneth Pratt
May 1, 1940 - September 6, 2021
Edgewood, Washington - Kenneth (Ken) Pratt passed away September 6, 2021. He was born May 1, 1940 to Avis and Peter Pratt in Waukon, Iowa, his hometown. He is survived by his wife of 57 years, Mary Ann.
Ken graduated from Waukon High school in 1958 as Valedictorian and a National Merit Scholar. He attended the State University of Iowa and graduated in 1963 with a Bachelor of Arts in Speech Pathology and Audiology. After moving to Washington and working as a Juvenile Parole Counselor for several years, he earned a master of Social Work from the University of Washington and worked as a school social worker in the Tacoma Public School System until he retired in 1996.
Ken is best remembered by his friends for his sense of humor and jokes. There was never a situation he encountered that he didn't have something to say that made you laugh.
He loved music and filled his waking hours listening to it and downloading it. Photography was another of his interests and talents. He was seldom seen without a camera and had a number of pictures printed in the Tacoma News Tribune which were award winners in their summer Kodak picture contest. . He also won an award from Kodak in 1980 for Excellence in Amateur Photography. Other interests filled his days and years: backpacking and camping, Christmas tree farming, and especially tennis.
In these difficult times, Ken would wish that all of us carry on his legacy of laughter and jokes.
As per his wish, there will be no memorial event. In lieu of flowers donations may be made to American Parkinson Disease Association.

Published by News Tribune (Tacoma) on Sep. 19, 2021.
To plant trees in memory, please visit the Sympathy Store.
MEMORIAL EVENTS
To offer your sympathy during this difficult time, you can now have memorial trees planted in a National Forest in memory of your loved one.
MAKE A DONATION
MEMORIES & CONDOLENCES
4 Entries
I was going through the obituaries and i seen your name. I dont know how i remembered you but i did! When i was a little girl i remember you was my counselor when my mom and sister were murdered back in 1979. I want to say thank you for all that you did for my siblings and myself! Im sending prayers to your loved ones. Rest in peace.
Diaka k. Grant
Other
October 5, 2021
Sending love and condolences to Mary Ann as she goes through this time of grieving Ken. Over the years teaching across the hall, I frequently heard of your life together. While I know you will miss him, I also know the many memories will sustain you as you go forward. Much love.
Colleen Smith
Friend
September 21, 2021
Our Hites family all send our sympathies to MaryAnn. Ken was an awesome neighbor and family friend. Blessings
Mary Hites Robinson
Friend
September 19, 2021
So sorry to learn of Kens passing. He and my late husband Ray were cousins. We were classmates also. You are in my prayers.
sharon k pratt
Family
September 18, 2021
Showing 1 - 4 of 4 results