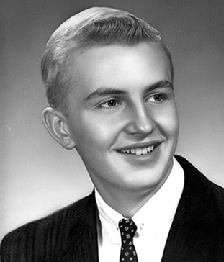 BORN
1942
DIED
2020
ABOUT
Wilson High School
Larry R. Jerdal Larry R. Jerdal, son of Peder Jerdal of Norway and Olga Thelander Jerdal of Sweden, was born on March 23, 1942 in Tacoma, Washington. Larry passed away peacefully at his home in Gig Harbor, Washington, among family on July 30, 2020, at the age of 78 after a brief battle with cancer. Growing up in Tacoma, Larry attended Washington grade school, Mason junior high, Stadium high school and graduated from Wilson High School in 1960. He then attended Western Washington College, where he played basketball and graduated with a Bachelor's degree in Education in 1965. He later earned a Master's Degree from Oregon State University in Chemistry. Larry also completed education grant programs in the sciences at Princeton University, and two summers at Berkeley University. Larry enjoyed a successful teaching career for 32 years, during which he was respected and loved by colleagues and students alike. He taught in Africa for several years early in his career, and finished his distinguished career in 1997 teaching Chemistry at Wilson High School. Larry spent the last twenty years enjoying his retirement with his loving wife Karen Jerdal, splitting time between their homes in Gig Harbor and Kauai, where he enjoyed the outdoors, tennis, exercising, reading, and making others laugh. Larry was an avid sports fan and one of his greatest joys in life was watching his children and grandchildren enjoy and compete in sports as well. Larry was also an active member at the Harbor Covenant Church in Gig Harbor for decades. Larry is survived by his loving wife Karen Jerdal, as well as his daughter Darya Suleske and son-in-law Christopher, his son Andy Jerdal and daughter-in-law Lynn, and his son Lane Jerdal and daughter-in-law Whitney. Larry is also survived by eleven grandchildren, who brought him great pride and joy: Darya's kids, Ava, Luke and Soren Suleske; Andy's children, Kaylie, Andrew, Peter, Nathanael and Jesse Jerdal; and Lane's kids, Mary-Lane, Charlotte and Shepherd Jerdal. Larry will be greatly missed by all. A Celebration of Life service will be held at a later date.
Published by News Tribune (Tacoma) on Aug. 4, 2020.
To plant trees in memory, please visit the Sympathy Store.
MEMORIAL EVENTS
To offer your sympathy during this difficult time, you can now have memorial trees planted in a National Forest in memory of your loved one.
MAKE A DONATION
MEMORIES & CONDOLENCES
14 Entries
A friendship from Junior High at Mason. One year at Stadium and I missed following Larry's life time in College and education. He was a friend but I missed the years after the 10th grade. A fine man and teacher married to Karen who was of the same kind thoughtful nature. Peace be with the family and R.I.P. Larry
Jack Curtright
Friend
December 1, 2020
Today we learned of your passing. We are saddened and send your family sweet memories of our long lasting friendship. From adventures in Lagos. Nigeria, Wilson High School, the swaying palm trees of the islands, the many stories shared between our families, we lament. Fond years and good times remembered. We will miss this friendship.
Irwin and Judith Krigsman Bremerton, Illahee WA.
Irwin and Judith Krigsman
Friend
October 12, 2020
It was an honor and pleasure to have grown up with Larry from elementary school through high school and high school reunions. He was a wonderful person.
Steve & Sharon Cratsenberg
Friend
September 12, 2020
Dear Karen and Ohana,
You were blessed to have such a loving man. May you find peace in knowing that his love for you is eternal, he is with God in heaven and you will be with him once again. Aloha from Doug, Adeline and Douglas Sears.
Adeline Sears
Friend
August 26, 2020
Dear Karen,

We are so sad to hear about Larry’s passing. We enjoyed catching up with you both for meals and chats when we vacationed at Poipu Kai on Kauai and had fun talking with you when we stayed at your remarkable cottage on Wollochet Bay.

Larry was a great guy. I particularly had fun discussing his Swedish ancestry, current events, tennis and, of course, the Mariners.

We will miss him. And we are so, so sorry for your abrupt loss.

With love,
Bob Martin & Barbara Hendricksen
Friend
August 13, 2020
I had him both a Truman and Wilson. Always enjoyed him.
Paul Starbard
Student
August 9, 2020
Rest in peace
You will be missed.
Until we meet again,
Judy /. Jerry
Judy
Friend
August 7, 2020
I will always remember Larry's kick" at our water class and all the good laughs. Such happy times.
Rest in peace
Until we meet again ..
Judy /. Jerry
Judy McGrath
Friend
August 7, 2020
I met at Larry at Mason Junior high. We remained friends all these years, although not necessarily real close after graduation from Wilson. We did, however reconnect in later years. I always enjoyed talking and emailing with Larry, and I will miss him. Karen, I am very sorry for your loss. I have included a picture from happier times.
cid:2D15804A-BD4F-4110-B9BE-27791240992C
Tom Krilich
August 5, 2020
I am so sorry to hear of Larry’s passing. I went to Washington grade school with him and mason jr high . I did not see him until I did my student teaching at Wilson where he taught. then only saw him briefly at .our stadium-Wilson high school reunions. I also would get his posts on Facebook where I saw he loved his family very much and loved the Lord.
Susan helseth
Classmate
August 5, 2020
Dear Karen,
My utmost sympathy to you and your family. Larry was a great person. Always that smile , and very quick. Lots of memories from Mason and on through Wilson and after. A real gentleman who always deserved the best.
I'm sorry Karen, all my thoughts and prayers to you and your family.
Sincerely Bill Zenk
Bill Zenk
Friend
August 5, 2020
If you were fortunate to become a friend of Larry's at any age, you were a friend of Larry's forever. He never forgot you or the many times he enjoyed your friendship along his pathway. I will always remember Larry and the good times and talks we had together. Larry was always a true friend. I will miss him!

Skip Post
Friend
August 4, 2020
I remember Larry from all of the schools we attended in Tacoma, graduating from Wilson High School in 1960. He was always highly regarded by everyone that he came in contact with. I am sorry to learn of his passing, and I send my condolences to all his family. He was very highly regarded.
Loretta Belcher Martin
Classmate
August 4, 2020
May the love of friends and family carry you through your grief.
My condolences to Karen and the family. Larry will be missed. Our winters in Kauai will not be the same.
Douglas Morgan
Friend
August 4, 2020
Showing 1 - 14 of 14 results