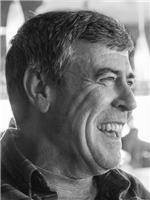 BORN
1962
DIED
2020
Matthew Martin Matthew Eden Martin (57), longtime Gig Harbor resident, passed away on May 30, 2020, after a brief but valiant fight against cancer. He was surrounded by his family, friends and loved ones.

Matt was born September 5, 1962, in Annapolis, Maryland, the youngest (and fourth) son of Robert D. Martin, Sr., and Virginia A. (Lutz) Martin. He lived in Gig Harbor until the early 1970s when he moved to Ashland with his mother. He graduated from Ashland High School in 1980 and returned to Washington, graduating from the U of W in 1987 with a BA in Chinese Regional Studies. That same year, Matt married Tracy Wisenburg and the two of them set off on a grand adventure to explore Taiwan where they taught English. These international experiences fed Matt's insatiable desire to understand how finance works and led him in 1990 to become a stockbroker with Merrill Lynch. That same year, Matt and Tracy were blessed with the birth of their first son, Ross Patrick Martin. Two years later, their second son, Maxwell Scott Martin, was born.

The growing family needed more room so they built a wonderful home in Gig Harbor, surrounded by colorful rhododendrons and the deep woods beyond. Their backyard fire pit became the social hub for the neighborhood, forging lasting friendships.

Matt retired from the brokerage business in 2006 and started woodworking. He created new furniture and refinished old, built homes and was master of his shop. But when the market softened, Matt began his third career doing voiceover work. Known around the world for his deep voice and wide range, Matt again demonstrated his creativity and versatility.

It is hard to reconcile how such a vibrant, unique, caring and creative soul could leave this earth so soon. He loved time with his family, exploring the mountains, living amongst the trees, watching the ship traffic on Puget Sound and enjoying all that the great Pacific Northwest provides. His smile, laugh, free spirit and velvet voice always made you feel energized in his presence. He will be forever missed, even as his spirit and grace and humor will live on.

Matt was predeceased by his brother, Pat, and his parents, Bob Sr. and Virginia. He is survived by his two sons, Ross (and Emily Pannell) and Max Martin, his two brothers, Bob Jr. (and Barbara Hendricksen) and Don (and Meridith Owens), his step-brother David Koste (and Deanna Merkatz), and his step mother, Pam Martin.

Matt has asked for his ashes to be spread to the four winds. A marker will be placed with the family at Haven of Rest. Due to the outbreak of Covid-19, his celebration of life will be scheduled for a later date. 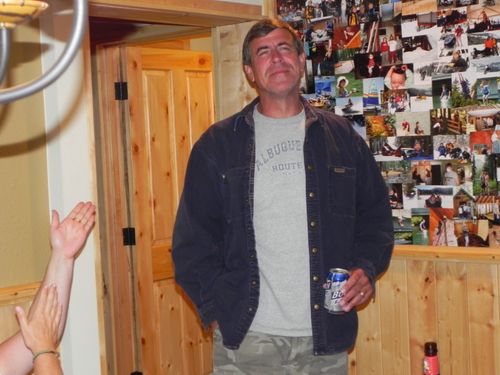 There are not enough kind words to describe Matt. He was a one in a million whom I will miss dearly. He loved deeply for those he cared about and would do anything for you. Taken to soon. My deepest condolences to Matt's family. This picture was taken on one of Matt's Birthday's as we serenaded him with a Happy Birthday Song, but I think the grin was clearly from the fact that the Husky's were winning...
Lori Turnley
Friend
June 21, 2020
Was so saddened to hear about Matt. Went to high school with him in Ashland and reconnected later in life on fun PartyLite trips. Will miss you my friend. Praying for you all during this sad time. ❤❤
Jenny Buck
Classmate
June 21, 2020 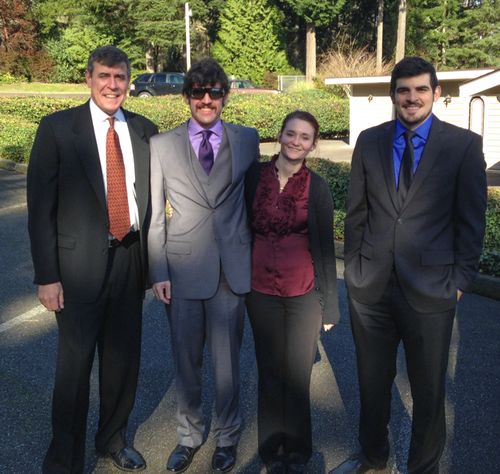 Matt, Ross, Emily and Max.
Bob Martin, Jr.
Brother
June 21, 2020
I remember Matt growing up as a kid - he had a kind disposition and made friends easily. That continued on throughout his life. As I reach out to his friends, relatives and colleagues, all say in one way or another: Matt was a great guy. So true.

He raised two terrific sons, Ross & Max, and I know he was so proud of them. They will carry on his amazing legacy.

I loved him dearly and will miss him every day for the rest of my life. Thank you, Matt, for being a brother and a friend. Go boldly.
Bob Martin, Jr.
Brother
June 21, 2020
I loved Matt Martin for his warmth, his kindness and his good humor. He felt like a little brother to me and I know Im gonna miss him for a very long time. Rest in peace my dear friend. Were gonna hold you in our hearts forever.
Karen Bujacich McDonell
Friend
June 19, 2020
Showing 1 - 11 of 11 results