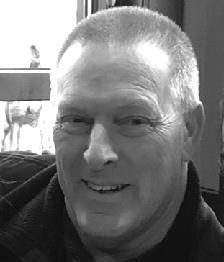 BORN
1960
DIED
2020
ABOUT
Wilson High School
Michael Henderson Michael John Henderson passed away unexpectedly Sunday, February 16, 2020 in Afton, Wyoming in a snowmobile accident. He was born August 5, 1960 in Tacoma, Washington to Gerald and Sharon (Ward). He graduated from Wilson High School in 1979. Mike began his lifelong career as a longshoreman at the Port of Tacoma with ILWU Local 23 in 1981. He was a veteran crane operator, among other things, which he became well known and respected for. He married the love of his life, Heidi Madden, in 1988 and together raised their children in Spanaway. He loved spending time with his family, the outdoors, road trips, snowmobiling, hunting, and fishing trips with his dad. He was a successful drag racer for years, and made many lasting friendships. Mike was a happy man, enjoyed life to the fullest, was loving and gentle, hardworking, humble, selfless and strong. Mike is survived by his loving wife Heidi, children Nick Madden, Jessica Horton (Andrew), and Cori Cruz (Rich), grandchildren Molly, Asher, Ryin and Richie, father and friend Jerry, sister Carie McNamee (Kenny), nieces and nephew Sarah, Kasey and Matthew, and was preceded in death by his mother Sharon in 2008. Mike will be greatly missed by his family, and many, many friends. We will carry his love in our hearts, and honor him for the rest of our lives. A Celebration of Life will be held at a later date. In lieu of flowers, please consider making a donation in Mike's memory, in honor of his mother, to the American Cancer Society.
Published by News Tribune (Tacoma) on Feb. 25, 2020.
To plant trees in memory, please visit the Sympathy Store.
MEMORIAL EVENTS
To offer your sympathy during this difficult time, you can now have memorial trees planted in a National Forest in memory of your loved one.
MAKE A DONATION
Please consider a donation as requested by the family.
MEMORIES & CONDOLENCES
27 Entries
Were so very sorry to hear of Mikes passing. He was the funniest, kindest, most soft-hearted guy & we always enjoyed our time with him. His family meant the world to him & we extend our deepest sympathies to you for your loss.
Marv &
Friend
March 11, 2020
Heidi, my thoughts & prayers are with you & your family. I am so sorry for your loss. Please give Nick a hug for me. Much love to all of you.
Teresa McKinney
February 29, 2020
I've known Mike since junior high, and am having a hard time still wrapping my head around him being gone. We had so many good times together, racing, playing golf. I still laugh at the memory of Mike hitting that exploding golf ball I tricked him with, I will never forget the look on his face, or him chasing me after with his golf club! God speed my brother.
Marc and
Friend
February 27, 2020
Dear Heidi,
I am so sorry for your devastating loss. Mike was a great guy and you are lucky to have had him for a partner. It is heartening to know you are not alone and have your family and all your friends for comfort. I am praying for you and for Mike's family.
Fondly,
Mary Casey
February 27, 2020
Heidi Jerry and family! Mike will always be in my heart, I spent many great times with him elk hunting racing and going down the road with a coke and peanuts in the bottle. He loved his family and was always there for a friend or racer. The world lost a great person last Sunday and he will be greatly missed!
Tom Malicki
February 26, 2020
Heidi,
Char and I send our love and sympathy.
I was so enjoying getting to know Mike,
What a wonderful guy.
So very very sorry for your loss.
We will keep you and your family in our prayers.
We stand ready to help in any way we can.
Mark and Char
Mark Ness
February 26, 2020
Mike I really dont even know what to say! I only knew you for about 3 years but in that short time it seemed like a lifetime. We shared some great stories even a vacation with your love Heidi a trip my family will never forget. And how are we ever going to play yahtzee again with shedding tears? We actually played it the day you passed. Who knew we were playing in honor of you? We sent you a picture that night of 2 pairs and a five but never got a response back. Only a few will ever understand that and we will think of you every time. You had one of the biggest hearts. My loves are going to miss snowmobiling with you I think they already do. RIP Mike you will be missed so much and by so many!
Teresa Carpenter
Friend
February 26, 2020
Mike was always a kind, thoughtful person with me. He had a great sense of humor. He offered me help at the Port when I was a Casual and was trying to find my way in that world. He loved his family and his life. Sympathy and love to his family. So sorry for your loss.
Steve Stainbrook
February 26, 2020
So so sorry to hear of Mikes passing. He was the best of friends. I will always treasure my times with Mike and Hiedi. I could always count on Mike no matter what. He will be missed. Rest In Peace good friend.

John Peterson
February 26, 2020
Mike was always the nicest guy and I will miss him allot.
Rest In Peace Michael
Perry Panagiotu
Perry Panagiotu
February 26, 2020
So shocked to hear about Mike's Passing. So very sorry.. I knew him from the good old days.in the 80's many many good times.. prayers to the family
Kaeleen Lavin
February 26, 2020
Mike and i had such wonderful memories. He was one of my best friends in high school. His family is in my thoughts and prayers. Mike will be missed by all of our high school friends. He was such a caring and thoughtful man. RIP ❤❤
Linda (Mobley)
Friend
February 25, 2020
Rest Easy Brother You will be missed
Kathy local
Coworker
February 25, 2020
May the love of friends and family carry you through your grief.
Renae Stokke
Friend
February 25, 2020
Rusty Doering
February 25, 2020
Heidi, my deepest sympathies go out to you and your family. May God give you peace and strength through this difficult time. Mike will be deeply missed.
Kari Halliday-Seekins
February 25, 2020
So many Great Memories Mike, Longshoring, Drag Racing, Elk Camp with Your Dad and Kenny. Your Dad cooking just the way We like it! If I had a Son, I would want Him to be Just like You!! God Speed as You Did. Dr. Weatherby . Tony M Tomal Local 23 60635
Tony Tomal
February 25, 2020
As chaplain for Racers for Christ I am privileged to pray with and meet so many of our awesome racers. Each one different yet each one so similar. I know Michael is looking down from heaven thinking 'wait till the rest of em get here and see the awesome things I get to do now' .... Vaya Con Dios Good sir....Rest easy...You will never be forgotten...
RFC Chaplain
Acquaintance
February 25, 2020
Mike was a great man and also a great longshoremen and Union man He will be missed buy that knew him May he RIP
John Russi
Friend
February 25, 2020
So very sorry to hear of the sudden loss of Michael sending love and condolences to his family at this difficult time
SHARON Newman/Howard
Friend
February 25, 2020
To The Family of Mike ( Mikie) I will always remember his Great Big Hugs and amazing smiles. I Hope they have Cream of Wheat and Cinnamon sugar toast in Heaven!!!!! Thinking of you All at this the saddest time ever. Hugs Bob and Dianne Brown
Dianne Brown
February 25, 2020
Michael was one of the BEST Man Ive ever have had come into my life. He was Great father-in-law. Im very honored to have had him in my Life. We Love you and we will keep you alive in our hearts and memories! R.I.P
Rich
Acquaintance
February 25, 2020
Heartfelt condolences my thoughts and prayers are with you and your family
February 25, 2020
Dad, you will be missed so much by all who were blessed to have you in their lives. May God bless and take care of my sister and grandma up there! We all love you so much!
Cori Cruz
Daughter
February 25, 2020
Dearest Heidi I am so so sorry for your loss! It was such a pleasure knowing and laughing with you and Mike and I am so sad for you and your family. I know this doesnt help much but please know youre in my thoughts and prayers . Love Claudia
Claudia McQueen
Friend
February 25, 2020
Thank you for saving me from a mean person! Love you always!❤❤❤
Sabrina
Friend
February 25, 2020
He was the best brother ever. Going to miss you so much. Take care of mom. Love you always
Carie McNamee
Sister
February 25, 2020
Showing 1 - 27 of 27 results