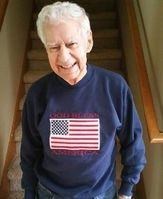 BORN
1931
DIED
2021
Neil Bailey
May 29, 1931 - August 15, 2021
Gig Harbor, Washington - Neil Vernon Bailey, age 90, of Renton/Arlington, passed away on August 15th,2021 in Gig harbor of natural causes.
Neil was born May 29th,1931 in Aurora Wisconsin. His family moved to Washington state when Neil was young. He attended Tacoma public schools and Stadium High School. After high school Neil enlisted in the U.S. Air Force in 1950 during the Korean war. He served until 1953 and was then honorably discharged. Shortly afterward he took a trip back to Wisconsin where he met and married his wife , Audrey (Sternhagen) of Florence. They lived in Wisconsin where they had 3 children and then moved to Washington state and welcomed 2 more children.
Neil enjoyed singing, especially Al Jolson and Johnny Cash songs. He had a talent for making marzipan candy, fashioning the pieces with his own hands. He was quick with a joke or a pun. Neil and Audrey enjoyed having season tickets to the Seahawks for many years, but he always remained a true fan of his Green Bay Packers.
His earlier career was that of a baker with Gai's Bakery and he would often bring home wonderful smelling and delicious baked goods. He later established his own fence company, Bailey Fence Company and he was proud to have his two sons work alongside of him throughout the years. He worked the company successfully until he retired.
Neil is survived by his 2 sons, Frederick and Randy(Marguerite) 2 daughters Marguerite(Jeff) and Nancy(Ed),17 grandchildren, 2 great grandchildren and 2 great great grandchildren. He was preceded in death by his wife Audrey, daughters, Becky Yale and Marie Pierce. Also preceding him in death were his parents, Frederick and Ida Bailey and all his siblings.
Funeral Services will be held at Tahoma National Cemetery-18600 SE 240th St-Kent, WA. 98042 on Friday September 24th at 9:15 am.
In lieu of flowers, please donate to the Alzheimer's Association at alz.org. 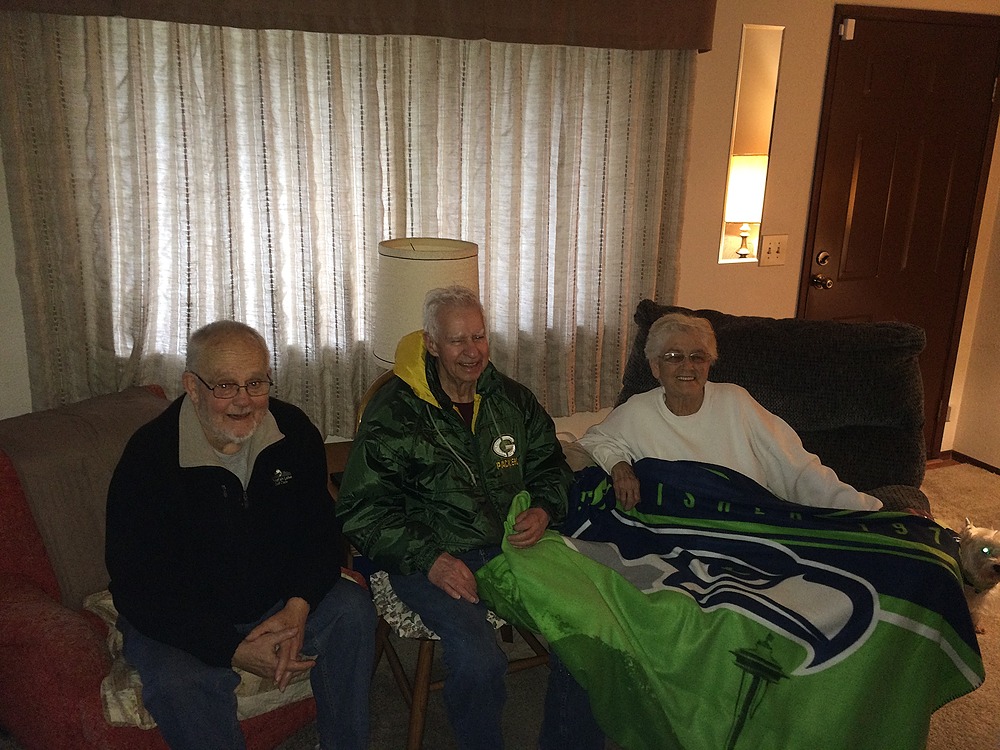 A special memory. Us girls got our parents together for a visit. Neil sporting his Green Bay and mom her Seahawks. So glad Becky, Marg, Nancy & I were able to get lifelong friends together for a wonder visit. RIP Neil you have left a grand legacy. Hugs ~ Bunny & Russ Watson, Henry Kangas
Bunny
Friend
September 20, 2021
Showing 1 - 1 of 1 results