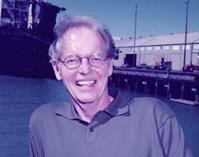 BORN
1941
DIED
2021
FUNERAL HOME
The Co-op Funeral Home of People's Memorial
2011 1st Ave N
SEATTLE, WA
Paul Chilcote
June 29, 1941 - October 12, 2021
Seattle, Washington - Paul Chilcote, 80, died peacefully at his Seattle home with his wife and daughter at his side. Cause of death was Pulmonary Fibrosis. Paul died the way he lived - with courage, grace, intelligence, wit, and gratitude.
Paul was born in Lebanon, Oregon the youngest of three children. He was a product of his upbringing in a loving family and his character was imbued with small town values of humility, friendliness, and the importance of community needs over the individual.
After high school graduation, Paul served in the US Navy from 1959 to 1962 aboard the aircraft carrier the USS Yorktown. He said he loved this floating city "like Scotty loved the Enterprise on Star Trek". For a young boy from rural Oregon, the sights and cultures of Hawaii, Hong Kong, Japan, and the Philippines were a heady experience and it was here Paul developed a life long interest in foreign travel and photography,
After the Navy, Paul continued to broaden his world view through education. He completed his undergraduate degree from California State College, Long Beach in 1967 and an MS degree in Geography in 1969 from Oregon State University.
Paul enjoyed a satisfying and fulfilling career in the Puget Sound transportation business as a port planner, consultant, rail expert, and executive manager. From 1969 until his retirement in 2001 he worked for the Ports of Seattle and Tacoma, at Southern Pacific Railroad, and as a private consultant. He was a frequent guest lecturer at the University of Washington, and many trade and transportation associations. He was admired and well liked by his colleagues, and in 2001 was awarded the prestigious Maritime Achievement Award, an honor bestowed each year upon an individual who has shown special leadership in advancing the maritime shipping industry. Paul was most proud of his role in leading and bringing together disparate ports, railroads, and government jurisdictions to fund and build infrastructure to improve the smooth flow of freight, and reduce traffic congestion in the Puget Sound region. He was uniquely suited to this role with his calm and steady demeanor, art of persuasion, humorous good nature, and persistence - all fueled by his passion for the maritime industry and its contribution to local and national interests.
Paul was the proud father of Tanya and Dianna Chilcote, his two daughters from an early marriage. He was a loving husband to Barbara Chilcote who he met and married in 1979. Barbara and Paul were confidants and best friends, co-conspirators, traveling companions, and helpmates for 42 years.
Paul was predeceased by his youngest daughter, Dianna Chilcote Lu. Paul will be missed by his survivors: wife Barbara, Seattle: daughter Tanya Chilcote, Vallejo, CA; son in law Felix Lu and granddaughter Kaya Lu, Moraga CA; sister Colleen Foster (Tom), Portland OR; and brother Glenn Chilcote (Monica), Lake Oswego OR; his "guys breakfast group", and his and Barb's family of friends.
A celebration of Paul's life will be held in the spring. A memorial donation may be made to Providence Hospice of Seattle, the ACLU, or Planned Parenthood. Please sign the guestbook and learn more about Paul's life at www.funerals.coop.

Published by News Tribune (Tacoma) on Oct. 24, 2021.
To plant trees in memory, please visit the Sympathy Store.
MEMORIAL EVENTS
To offer your sympathy during this difficult time, you can now have memorial trees planted in a National Forest in memory of your loved one.
Funeral services provided by:
The Co-op Funeral Home of People's Memorial
MAKE A DONATION
MEMORIES & CONDOLENCES
Sponsored by The Co-op Funeral Home of People's Memorial.
4 Entries
So sorry to learn of Paul's passing. He was way ahead of his time in advocating that the Ports of Seattle and Tacoma work together--and he worked to make that happen. A gracious, generous man.
Paige Miller
Work
October 25, 2021
A wonderful man who I was privileged to know. I will long remember our train-spotting expedition to Abo Pass -- https://www.youtube.com/watch?v=gr5A37cgBzQ
Karl Horak
Friend
October 23, 2021
Such a tragic loss to ea. of us. Paul remains a friend we've always wanted. Having talked with him 10 days before his leaving, he remained 'MY friend' Paul, exactly the same as ALWAYS. God Blessed Paul and he has Blessed each of US with friendship/love!
Weldon Jean Skirvin
Friend
October 21, 2021
So Sorry about Pauls passing, I knew him in early days as a young father, he loved making home-made root beer...and loved his girls.
Elice Skirvin Swanson
Friend
October 21, 2021
Showing 1 - 4 of 4 results