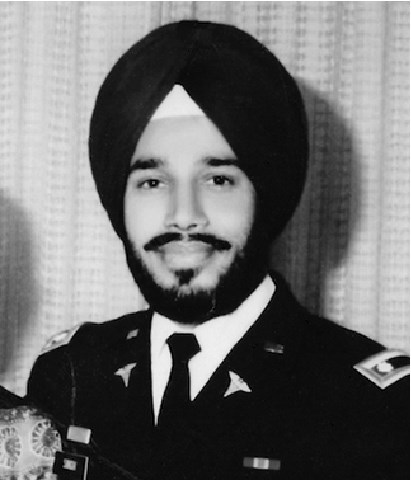 BORN
1944
DIED
2018
Dr. Surinderjit Singh, MD, MS, AAPM&R, AANEM Dr. Surinderjit Singh, a resident of Tacoma, WA for more than 40 years, passed away on June 9, 2018. Known to excel at many things among them electrodiagnostic medicine, cricket, fastidiousness, and extreme generosity he started life in Malaysia in 1944. After detours through India and two UWs (Wisconsin and Washington) to complete his education, he was commissioned as the first Sikh Captain in the U.S. Army Medical Corps in 1973. He rose through the ranks to end as Chief of the Physical Medicine Department at Madigan Army Hospital at what was then Fort Lewis, retiring as a Lt. Colonel in 1981. Later that year, he founded Electrodiagnosis & Rehabilitation Associates of Tacoma, a private medical practice specializing in electrodiagnostic medicine. By 1992 it was the largest private physiatry practice in the Pacific Northwest, helping thousands of patients through their rehabilitation from injury and pain. He served as President & CEO of the organization until his retirement in 2001, along with stints as Medical Director of the Physical Medicine & Rehabilitation departments at both St. Joseph's Medical Center and Tacoma General Hospital during his career. An avid cricketer, Dr. Singh played the sport all his life, the majority of which was spent with the Seattle Cricket Club. During his cricket playing years, he represented the U.S. on the National Cricket Team and was invited to play in India, Malaysia, Singapore, New Zealand, Australia, Ireland, England, Canada, the West Indies, and across the USA. He is survived by his wife of 46 years, Jeena, as well as two children, two grandchildren, five siblings, a large extended family, and innumerable dear friends. In lieu of flowers, the family requests that donations be made to The Punjabi School c/o Gurudwara Sacha Marg Sahib (12431 SE 286th Pl., Auburn, WA, 98092), a school begun by Dr. and Mrs. Singh to educate local children how to be good world citizens through the teaching of the Sikh religion, language, and culture. Dr. Singh will be remembered as charismatic, generous, particular and thoughtful and we will miss him.
Published by News Tribune (Tacoma) on Jun. 24, 2018.
To plant trees in memory, please visit the Sympathy Store.
MEMORIAL EVENTS
To offer your sympathy during this difficult time, you can now have memorial trees planted in a National Forest in memory of your loved one.
MAKE A DONATION
MEMORIES & CONDOLENCES
3 Entries
My heartfelt sympathy goes out to your entire family and friends. Please know that the God of all comfort has loving concern for you at this time, at Psalm chapter 34 verse 18. I know you will miss your precious loved one every day, may God give you strength, peace and loving memories. Ann Smith
June 26, 2018
So sorry to hear about Dr. Singh's passing. He was such a nice man and I enjoyed our time playing badminton and getting to know him and Jeena. My sincerest condolences go out to the family.
Kathi Hulen
June 25, 2018
Joe and Renate Moelders
June 24, 2018
Showing 1 - 3 of 3 results