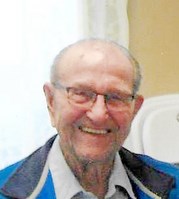 BORN
1925
DIED
2021
FUNERAL HOME
Life Tributes Cremation Center
731 N. Columbia Center Blvd., Suite #126
Kennewick, WA
Allen Brown
May 5, 2021
Kennewick, Washington - Allen Kenneth "Ken" Brown was born February 21, 1925 and passed away May 5, 2021 in his home at Parkview Estates, Kennewick. Dad was born in Pelican Rapids, Minnesota. The family lived on a small farm most of dad's childhood. He attended a one room school through 8th grade living the rural life until a call to service.
Dad was a veteran, Army, WWII, 10th Mountain Division, Battery E , 26th Battalion, 1943-1945. His artillery unit were aboard 1 of the 25 "duck boats" that were used to cross Lake Garda and push the Germans from Naples to Switzerland. After the Germans surrendered, they were loaded on a ship headed to assist with the was in Japan. A couple days in route and the bombs had been dropped on Japan, the announcement came that the war was over. They were headed home.
Dad married mom, Nell, in 1946. They had three children, Donald, Terry and Kylene. They lived in Albert Lea, Minnesota until 1959 when the decision to move to the Tri-Cities came about. Dad was a construction carpenter and the opportunity to work year around versus dealing with the Minnesota winters was appealing. There are many homes and commercial buildings in the area that dad worked on. Dad and mom were outdoors people so we spent most week-ends in summer camping and fishing. We'd either be up at the Pot Holes or in the Blues on the Touchet river. We started in a tent, then tent trailer. Lastly, a 15' Terry camp trailer. Wow! Talk about the Ritz!
Dad's recent wife, Verna, owner/operator of the V&H Market for many years. She was ready to retire so they sold the store, dad built a home at Desert Aire, they bought a motorhome and traveled the country, wintering in Yuma, AZ.. Eventually they bought a condo in Kennewick and continued to enjoy life together until her passing in 2014. Dad remained there until he moved to Parkview Estates in 2018.
Ken is preceded in death by sons, Terry Brown, Donald Brown, parents, Earl & Gertie Brown, & sister, Earline Brown Krause. He is survived by daughter, Kylene (Ron) Smoot, Kennewick, & nephews, Kim (Mona) Krause, Minnesota & Jay (Kate) Krause, Indiana.
Many thanks to Parkview Estates for their care & assistance and Heartlinks Hospice & Pallative Care during dad's last days.
There will be a memorial service with military honors Sunday, June 6th, 2021, 2
p.m., American Legion Post #34, 1029 W. Sylvester, Pasco, Wa.
Please sign the online guest book at www.lifetributescenter.com.