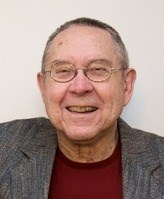 BORN
1931
DIED
2021
FUNERAL HOME
Einan's Funeral Home, Inc.
915 By-Pass Highway
Richland, WA
(Walter) Dale Bainard
April 17, 1931 - June 18, 2021
Richland, Washington - (Walter) Dale Bainard, of Richland, died on June 18, 2021 after a long health struggle.
Dale was born April 17, 1931 in Fort Worth, TX to parents Wayne and Mildred Bainard. Raised in Fort Worth and then Chicago, he moved to Spokane when his parents did and attended Gonzaga University, majoring in Chemical Engineering. General Electric was so impressed with him, they offered him a job in Richland at the beginning of his senior year. He graduated in June of 1953 on a Sunday, and started work at GE on Monday. After working for 4 months, he was called to serve in Korea; his job was waiting for him when he returned 2 years later.
Dale was very active in the Sand & Sage Sports Car Club, helping with seat belt installation events, and driving his Triumph TR2 in rallies and tours. He met Nansi Grow at an event for the club, and they eloped a short time later to Couer d'Alene, ID. They were married almost 65 years, and had two daughters: Kim (1958) and Susi (1963).
As Dale's nuclear engineering skills and knowledge grew, he continued to work at Hanford for 40 years (with GE, Douglas United Nuclear, and Washington Public Power Supply System), retiring in 1993.
During retirement, Dale enjoyed computer work, motor home travel, and supporting Nansi in her quilting business. Nansi created quilting pattern ideas; Dale used his computer skills to format and print the patterns for sale in quilt stores around the country.
Dale is survived by his life partner Nansi, daughters Kim Thackray (Mark) and Susi Bainard (Colin), grandsons Kyle Thackray (Amanda) and Grant Thackray, and niece Nanette Duncan. He was preceded in death by his parents and his brother Dean Bainard.
The Celebration of Life for Dale will be on June 27, 2021 at 1:00pm at Einan's Chapel. Because of Dale's zest for life, the family asks that you not wear somber black; wear something that makes you happy. If you like, memorial donations can be made to Safe Harbor Support Center or a charity of your choice.