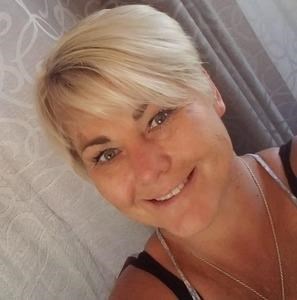 ABOUT
Tamarac High School
FUNERAL HOME
Bryce Funeral Home Inc. - Troy
276 Pawling Avenue
Troy, NY
Troy - Raebeth M. Peckham Powers, 56, of Taft Avenue died Friday, October 22, 2021, at St. Peter's Hospital after a brief illness.Born in Bennington, VT, she was the daughter of Leonard H. Peckham, Sr. and the late Sandra L. Bump Peckham both of Cropseyville, and the wife of Charles Powers. She was raised in Cropseyville and resided many years in Grafton and Troy. Raebeth was a graduate of Tamarac High School class of 1983 and later attended cosmetology school.Raebeth was a self employed hairdresser for over 30 years in the Troy area. Throughout her career, Raebeth built a large clientele of wonderful people of which many became very close friends, Raebeth will always be remembered for her quick wit, unique sarcasm and genuine honesty. She was a friend you could always count on.In her spare time, Raebeth enjoyed vacations with her husband, antiquing, long drives throughout New England and she had a passion for gardening.Survivors in addition to her husband and father include a sister, Cassandra A. Peckham, Cropseyville; a brother, Daniel C. (Tracey Brock) Peckham, Pittstown and four sisters-in-law, Melanie (Rob) Powers-Schonbacher, Heather Powers, Wendy (Mark) Powers Schilling and Janine Powers. She was predeceased by her son, Andrew Sherman; her brother, Leonard H. Peckham, Jr. and her father and mother-in-law, Richard and Patricia Powers. Raebeth also leaves behind her two feline "kitters", Petey & Pablo.At Raebeth’s request, there will be no service.In lieu of flowers contributions may be made in memory of Raebeth Powers to the Mohawk Hudson Humane Society 3 Oakland Avenue Menands, NY 12204. To sign the guest book or light a candle, visit www.brycefh.com. https://www.lastingmemories.com/raebeth-m-peckham-powers