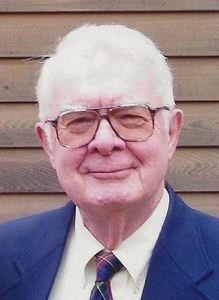 FUNERAL HOME
Bryce Funeral Home Inc. - Troy
276 Pawling Avenue
Troy, NY
Colonie - Professor Emeritus William Edward Boyce, 88, of Bell Tower Drive died Monday, November 04, 2019, at his residence after an illness.Born in Tampa, FL, he was son of the late Edward Gilmore Boyce and Marie Summers Boyce and husband for 64 years of Elsa Keitzer Boyce. He earned his Bachelor of Arts degree from Rhodes College in 1951 and his Master of Science in 1953 and Ph.D. in 1955 from Carnegie-Mellon University. He did postdoctoral work at Brown University before moving to Troy in 1957.Professor Boyce was a Professor of Mathematics at Rensselaer Polytechnic Institute from 1957 until his retirement in 1997. In 1993 He became the Edward P. Hamilton Distinguished Professor of Science Education and upon his retirement was awarded the title Edward P. Hamilton Professor Emeritus. Bill was Chairman of the Department of Mathematics Graduate Committee and Coordinator of Master of Science program in Applied Mathematics and very involved in course and curriculum development all through his career. He was the author, with Richard C. DiPrima, of "Elementary Differential Equations and Boundary Value Problems," now in its eleventh edition, as well as several other books, and many monographs and journal articles in his field. He wrote and was the recipient of many research grants and contractsHe was a communicant of St. Paul’s Episcopal Church in Troy.Survivors in addition to his wife include a son, James (Heidi Brierley) Boyce, Kensington, CT; two daughters, Carolyn (Richard T. Jr.) Fox, Midland, MI and Ann (Scott) Swengel, Baraboo, WI; two grandchildren, Stephanie Fox and Veronica Boyce; a sister, Karen (Daniel) Logan, Gilliam, LA and several nieces and nephews.Funeral service will be held at St. Paul's Episcopal Church, State and Third Streets Troy on Saturday, November 16, 2019 at 1:00 pm. Visitation will be at the church at 12:00 pm prior to the service.A private entombment will be at Christ the King Columbarium, Greenwich.The family would like to thank Bill’s and Elsa’s caregivers, Nicole Parslow and everyone at Team 1 Care.In lieu of flowers contributions may be made in memory of William Edward Boyce to Unity House of Troy, Inc.2431 6th Ave. Troy, NY 12180. To sign the guest book, light a candle or for service directions, visit www.brycefh.com. http://www.lastingmemories.com/professor-emeritus-william-boyce