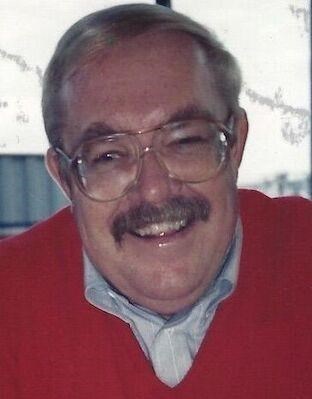 Lived 76 years, a lifelong Wildcat, left this Earth to cheer on his Wildcats from above on October 7, 2020.

Born in Ugale, Latvia, during the Soviet invasion of Latvia, his family became refugees in a displaced persons camp outside of Hamburg, Germany. Sponsored by the Rotary Club of Yuma, Arizona, his family consisting of his grandmother Minna Kirsis, parents Janis and Elizabete Grasis, sisters Ilze and Sarma, and brothers Janis and Egils Grasis, immigrated to the United States and settled in the Mohawk Valley in western Arizona.

Andy attended Antelope High school in Wellton, Arizona, lettered in football, basketball, and track and field, was chosen as the Student Body President, and graduated top of his class. He then graduated from the University of Arizona with a B.S. degree in Accounting and Economics. While there he met the love of his life, Patricia "Pat" Mahoney, and after a whirlwind romance, they married.

Andy started his career as an auditor for the State of California. It was in San Diego, California that Andy and Pat had their first child, Juris. The three made their way to Flagstaff, Arizona, where Andy earned his MBA from Northern Arizona University. While in Flagstaff, Andy and Pat's daughters, Maija and Amanda were born. After earning his advanced degree and CPA, Andy and family moved back to Tucson to begin work at St. Mary's Hospital. It was there that his son, Janis "Gonzo" was born. Andy rose through the ranks of St. Mary's Hospital to become a Fellow of the National Hospital Financial Management Association and Corporate Director of Finance of Carondelet Health Services, until his retirement.

In 2002, Andy was diagnosed with Chronic Myelogenous Leukemia, a disease he valiantly fought for 18 years. This fighting spirit allowed Andy to be present for every event in the lives of his children, including attending each graduation for their combined eight college degrees. He was there to witness the marriage of his daughter Amanda to Juan Gutierrez, the sudden and devastating illness and passing of his daughter Maija, the marriage of his son Juris to GloriaMay Machado, and the marriage of his son Gonzo to Christine Herman. Fortunate still, he witnessed the births of his grandchildren Jovia and Andy to Amanda and Juan, Arvi and Ellie to Juris and Gloria, and Gonzo and Diego to Gonzo and Christine. The disease did not stop him, he lived fully until his last breath.

This much beloved man is grateful to have lived his life in America, to have loved Pat for over 50 years, and to experience all the joys of a life very well lived, including his passions of music, gardening, and attending every home Wildcats basketball game for 40 straight seasons.

He is preceded in death by his parents, Janis and Elizabete; sister, Ilze; brothers, Janis and Maris and daughter, Maija. In addition to his wife, children, and grandchildren, Andy is also survived by Patricia (Maris) Grasis and family, John's daughter, Yvette and family and sister, Sarma Grasis Spitzer and family.

Mes tevi milam, Andy, son, husband, father, grandfather, friend, coach, fan, you left ground and sky weeping, mind and soul full of grief. No one can take your place in existence, or in absence.

To plant trees in memory, please visit our Sympathy Store.
Published by Arizona Daily Star on Oct. 18, 2020.
MEMORIAL EVENTS
No memorial events are currently scheduled.
To offer your sympathy during this difficult time, you can now have memorial trees planted in a National Forest in memory of your loved one.
Funeral services provided by:
Adair Funeral Homes - Avalon Chapel
GUEST BOOK
8 Entries
Pat and the rest of the Grasis Family. I used to work for one of his doctors that´s how I know Andy and Pat. Something made me think of Andy this evening and I looked him up and I saw that he passed. I´m so sorry for your loss and I´m so sorry for this very late post as I don´t get much info because of HIPPA. Again I´m so sorry he was an amazing funny man and I know he will be missed and I´m sorry I couldn´t be there the last few weeks of his life for you and him!
Marissa Morgan
November 17, 2020
My deepest sympathy to the Grasis family. I met Andy a couple of times at St. Mary's when I worked there. It was interesting to run into a fellow Latvian, since there are so few of us in Tucson. We chatted about our background history and the fact that I have relatives in Missouri named Grasis (who are not related to Andy's family). The memorial note was lovely; even though I barely knew Andy, it was a pleasure to read of his accomplishments and your obvious love and pride in him. Wishing you all peace and comfort during this sad time.
Edie (Sulcs) Braatz
October 23, 2020
Pat, Gonzo and Grasis Family, deepest condolences to all of you. Remembering Andy at Gonzo/Adam's soccer/baseball games, always there to support Gonzo. What a great family. Prayers and love.
Ben, Becky & Adam Becker
Friend
October 21, 2020
Juris and Grasis family - I'm so sorry for your loss. Your dad sounds like he was an amazing man. Take good care.
Lisa (Cotter) Kirsch
October 20, 2020
My condolences and respect to the Grasis family.
Ronald J Islas
October 20, 2020
Sending thoughts and prayers to the entire family. I have fond memories of all of you back in the "old days" of soccer and Salpointe!
Jocelyn Cotter
October 19, 2020
The Salpointe Catholic High School community extends deepest sympathy to the Grasis family. You are in our prayers at this difficult time.
Salpointe Catholic High School
October 19, 2020
I am thinking of you during this difficult time. I loved reading about your dads life. You were lucky to have him.
Vickie Dandridge from Seagate
October 18, 2020