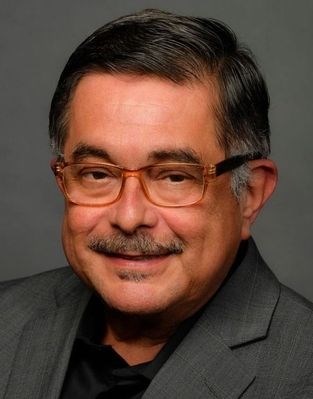 was one of a kind. He had a heart of gold and cared for everyone, no matter what their station in life. During his 18 years on the Pima County Board of Supervisors he was a fighter for social justice, for our environment and for those of limited means.

Born on December 24, 1958, a son of Albert M. and Viola Elias, Richard was a fifth-generation Tucsonan and a seventh-generation Southern Arizonan. He is survived by his wife of 31 years, Emily Velde Elias and daughter, Luz; his sister, Ana Elias Terry (Thad, deceased); his brother, Albert F. Elias (Sarah) and his nieces and nephews, Elena Quach (Josh), Arianna Terry, Matt Elias (Shannon) and Ben Elias (Chelsea).

Richard also was a husband, a father and a friend to many from all walks of life in our community. He cherished his family, cousins and extended family. He was a dedicated Deadhead, but his love for and knowledge of many genres of music was extraordinary. His sudden demise in his sleep at the age of 61 on March 28, 2020 shocked and saddened us all.

On the Board Richard championed the Sonoran Desert Conservation Plan, fought to keep a public hospital on the southside, advocated for affordable housing, and stood up for immigrants and the downtrodden. He was a lifelong progressive Democrat.

A strong public speaker, Richard won five elections to the District Five seat after his colleagues chose him to replace Raul Grijalva, who had resigned to run for Congress. He had filed the final paperwork last week to seek another four-year term this November.

Before assuming his Board seat, Richard enjoyed a long career in the field of affordable housing, with Pima County, Chicanos por la Causa, and the City of South Tucson.

He earned a degree in History from the University of Arizona after he had labored in the grocery business as proud member of the Retail Clerks Union, later known as United Food and Commercial Workers. He remained a solid union supporter through his years on the Board.

Due to current restrictions a celebration of Richard's life has been postponed and will be announced at later date. Family asks you to consider honoring Richard by making a financial or volunteer contribution to Tucson Interfaith HIV/AIDS Network, Emerge! Center Against Domestic Abuse, No More Deaths or Literacy Connects. Arrangements by CARRILLO'S TUCSON MORTUARY.

To plant trees in memory, please visit our Sympathy Store.
Published by Arizona Daily Star on Apr. 1, 2020.
MEMORIAL EVENTS
No memorial events are currently scheduled.
To offer your sympathy during this difficult time, you can now have memorial trees planted in a National Forest in memory of your loved one.
Funeral services provided by:
Carrillo's Tucson Mortuary - Tucson
GUEST BOOK
29 Entries
I will always remember that Saturday morning, March 28, 2020 when we all lost our beloved Richard Elias. I first got to know Richard, Emily and Luz from St Peter and Paul where our daughters went to school together. He was an amazing man who dedicated his life to help others. He was kind, funny, inspirational and will be so missed.
Sylvia Lee
Friend
April 19, 2020
Emily, Luz and all the family. I am so sorry for your loss. In the 30 years I knew Richard, he was an advocate for affordable housing, protecting the rights of all and preserving the environment. I will miss his welcoming smile, his keen wit and intelligent insights. Rest in Peace, Richard.
Patricia DeVito
April 8, 2020
Richard was a wonderful friend of workers. We will miss you so much! Godspeed, my friend.
April 6, 2020
Vivian Ortiz
April 6, 2020
God bless Richard and his family. He was a good man.
Julia Quiroga
April 4, 2020
Richard was someone I had the deepest respect for. As a County employee, I knew the County was in good hands. He was kind, accessible, and generous at the same time that he was a fighter and an advocate. Few people can find this balance. Mostly, he was just a great guy who will be so missed by so many. My heart and prayers go out to his family.
Bonnie Bazata
April 3, 2020
Richard. Adios por ahora. You always gave me a square deal and I hope I always gave you the same. Your heart and passion were invaluable to the community you loved. You left too soon.
Joe Burchell
April 2, 2020
Well say hello to Fred G. for me My mom will enjoy hanging out with you. Thank you for the beautiful MC job you did at the Job Corps 40th. RIP.
Ron Acosta
April 2, 2020
Emily, Luz and Elias Family,
Our Condolences to you all. You will be in our thoughts and prayers.
God Bless!
Kurt & Sharon Rothbart
April 2, 2020
GONE TO SOON MY BROTHER. YOU WILL BE MISSED BY THE MANY PEOPLE WHOSE LIFE YOU TOUCHED DURING YOUR TRAVELS ON THIS EARTH. MAY THE GOOD LORD GREET YOU WITH OPEN ARMS AS HE GREETS YOU INTO HIS KINGDOM. MY SINCEREST CONDOLENCES TO ALL OF THE ELIAS FAMILY.
RICHARD SALAZ
April 2, 2020
I am very sorry for your loss. My deepest condolences to all the family.
Jesus Roberto Romo Vejar
April 2, 2020
God be with Richard you served your purpose Thank You ❤
Mary
Friend
April 2, 2020
My sincere condolences to Richard's Family. RIP Sweetie
Mary Villegas Spencley
April 2, 2020
Thank you for being you...Heaven gained a true advocate for Tucson and it's heritage...

Lisa
April 1, 2020
My deepest sympathy to Mr. Elias's family. I worked for Pima County for 30 years and knew Mr. Elias to be a wise, kind and thoughtful soul. He always treated employees with dignity and respect. You will be missed sir by so many.
KIm Gugliotta
April 1, 2020
What a lovely man and such a great loss. It's been clear from all the years observing Richard on the Board and elsewhere that he would spend his life working for social justice and the environment. And he certainly did.
I briefly met Richard walking in the mountains one day and as my dog approached him, barking wildly, and I was trying to apologize, I recall Richard simply saying, "It's okay. It's okay." A special human being. Condolences to all of his nearest and dearest and to all the community who have just suffered a great loss in our midst.
Linda Rothchild
April 1, 2020
Richard will be greatly missed. Too soon. Condolences to his family and many friends.
Priscilla Marquez
April 1, 2020
My most sincere heartfelt condolences to all the Elias Familia. Words cannot express the sorrow I am feeling on the sudden passing of such a strong humanitarian and friend to all. Blessings and prayers to all of Richard's Familia and Friends that he so dearly loved.
Soledad Zuzuarregui
April 1, 2020 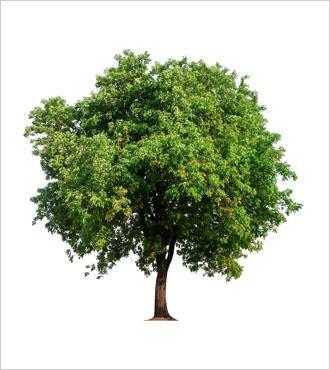 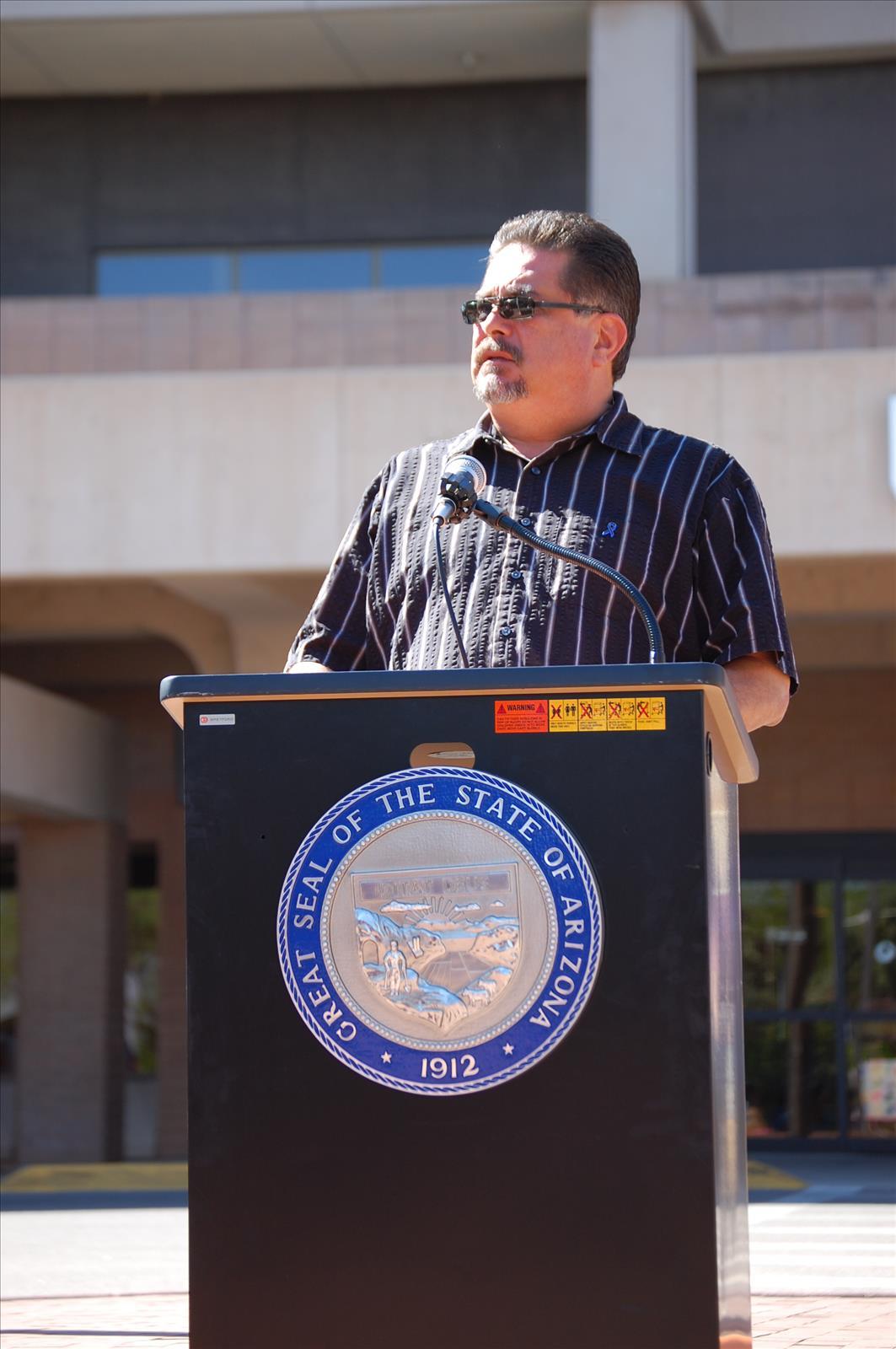 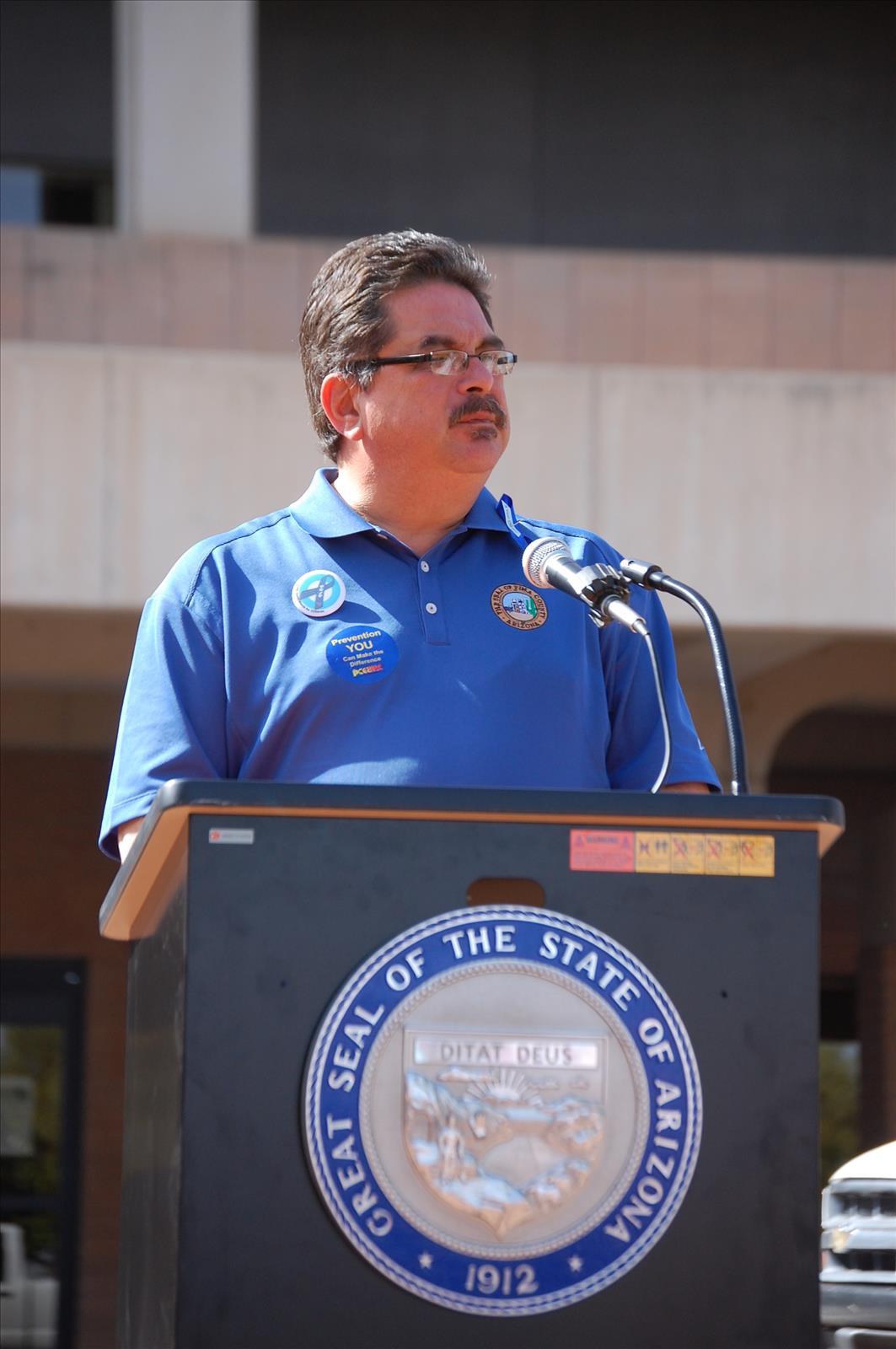 April 1, 2020
God Bless you Richard, a true Angel while you were on this Earth
Beth Castro
April 1, 2020
I am sorry for your loss. My deepest condolences.May God bless you and your family in this time of sorrow and may the the God of all comfort sustain your family during the days ahead. Psalms 119:67
April 1, 2020
Have known the family for many years. Parents were customers of Lantz Texaco. Every one so nice !!!! Praying for the family.
Monroe Smith
April 1, 2020
Emily, Luz and family
Deepest condolences to you and yours on the passing of a truly compassionate and caring man. Although words seem inadequate, know that our hearts are with you during this trying time, and be comforted in the knowledge that his memory lives on in all whose lives he touched with such true grace, eloquence and humility.
Paul Tang
April 1, 2020
My deepest condolences for the Elias Family. He will be missed.
Robert Mann
April 1, 2020
The Salpointe Catholic High School community extends deepest sympathy to the Elias family. You are in our prayers at this difficult time.
Salpointe Catholic High School
April 1, 2020
Dear Elias Family,
Our thoughts and prayers are with all of you. May God Bless and carry you through this most difficult time.
Bob and Terri Gastellum
April 1, 2020
I would like to offer my sincere condolences, and please know that God will comfort your family throughout this difficult time (2 Thessalonians 2:16,17).
March 31, 2020