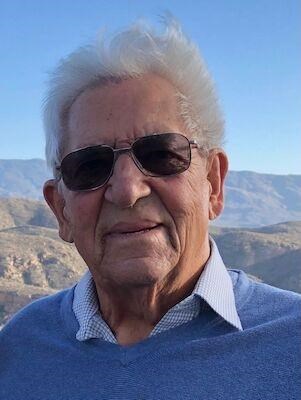 88, of Rio Rancho passed away on November 5, 2020. Born in Schaffhausen, Switzerland, he was the son of the late Wilhelm and Anna Staub. Alfred studied electrical and mechanical engineering in Switzerland and took management courses at the State University of New York. He was employed by the Atlantic Cement Company starting in 1963 and eventually retired from Blue Circle Atlantic where he was the Engineering Manager. Alfred was passionate about his work and was instrumental in many critical engineering projects. Alfred, or Fred to his friends, enjoyed traveling, hiking, camping, swimming, and reading. As a young man, he moved to Canada from Switzerland, where he met the love of his life, Margaret Staub, who he was married to for 62 years. Together, they moved to the United States and became proud citizens. They resided in Catskill, NY for many years, retired in Tucson, AZ and recently moved to Rio Rancho, NM. While living in Tucson, Fred volunteered in the Visitor Center at Saguaro National Park. Fred is survived by his wife, Margaret Staub; his son, Walter Staub and his daughter-in-law, Lisa Staub; his daughter, Katherine Mearig and his son-in-law, Stephen Mearig; his nephew, Joerg Staub; and his nieces, Monika Kahl, Susanne Burger and Yvonne Galli; and his sister-in-law, Ruth Staub. His brother, Willy Staub pre-deceased him. A private service will be held at the convenience of the family. To honor him, memorial contributions may be made to the Community Food Bank, 3003 S. Country Club Road, Tucson, AZ 85713. Arrangements by Daniels Family Funeral Services