Dr. Kolodny was an invited lecturer at conferences and universities all over the world, and her many articles and books have been translated into dozens of languages. One of her best known and groundbreaking essays on feminist critical theory is "Dancing Through the Minefield: Some Observations on the Theory, Practice, and Politics of A Feminist Literary Criticism"(1980), which won the Modern Languages Association's Florence Howe Award. Kolodny is also known for establishing the field of feminist eco-criticism with her first two books, The Lay of the Land (1975) and The Land Before Her (1984). She wrote about her experiences as an activist feminist dean in Failing the Future: A Dean Looks at Higher Education in the Twenty-First Century (1998) where she anticipated the major public policy issues that would beleaguer higher education for the next thirty years. Returning to her scholarship, Dr. Kolodny published widely in the field of Native American Studies and, in 2007, she brought back into print a lost masterpiece of American Indian literature, Joseph Nicolar's The Life and Traditions of the Red Man, first printed in Maine in 1893. Her prize-winning contribution to transnational studies appeared in 2012, when she was published In Search of First Contact: The Vikings of Vinland, the Peoples of the Dawnland, and the Anglo-American Anxiety of Discovery, which brought together her innovative reading of the Vinland Sagas with Native American stories of first contact with Europeans.

During her last years, Dr. Kolodny worked on a personal and professional memoir, tentatively titled Dancing through the Minefield, which offers a brutally candid memoir of her experiences as a feminist in academia and her last years of dealing with increasing physical disability and chronic pain. Also in that memoir, Dr. Kolodny revealed for the first time the details behind the painful years 1975-1980, during which she sued the University of New Hampshire for sex discrimination and anti-Semitism, thereby setting important legal precedence for all the Title VII cases to follow.

Annette Kolodny's many achievements were recognized by numerous prestigious fellowships and awards, including those from the National Endowment for the Humanities, the Guggenheim Memorial Foundation, the Rockefeller Foundation, the Ford Foundation, the Early American Literature Division of the Modern Languages Association, the National Women's Studies Association, the Western Literature Association, and the Jay B. Hubbell Medal for Outstanding Lifetime Scholarly Achievement in American Literary and Cultural Studies from the American Literature Section of the Modern Languages Association. She also received a Distinguished Alumna Award from Brooklyn College in 1997 and an honorary Doctorate in Humane Letters from the University of New Brunswick in Canada in 2000. In 1993 Dr. Kolodny was elected to lifetime membership in Norwegian Academy of Science and Letters. Additionally, several national prizes in eco-criticism and feminist studies were named for her, and her work has long been the subject of many conferences and conference sessions both in the United States and abroad.

She is survived by her husband, the novelist Daniel Peters, to whom she was deeply devoted, and by many friends and former students and colleagues across the globe.

Instead of a funeral, Dr. Kolodny asked that a woman rabbi officiate a Memorial Service to be held in the chapel of EVERGREEN MORTUARY AND CEMETERY on Thursday, September 26, 2019 at 4:00 p.m. Because Dr. Kolodny struggled for so many years with the debilitating effects of rheumatoid arthritis and because of her continuing commitment to women's equality, she has asked that, in lieu of flowers, donations in her name be made to one of the following: the Arthritis Foundation, the National Organization for Women (NOW), Planned Parenthood, or the National Abortion Rights Action League (NARAL).


To plant trees in memory, please visit our Sympathy Store.
Published by Arizona Daily Star on Sep. 15, 2019.
MEMORIAL EVENTS
Sep
26
Memorial service
4:00p.m.
EVERGREEN MORTUARY AND CEMETERY
GUEST BOOK
17 Entries
I was to be chosen as one of her private caregivers in her last days. In the short amount of time I had as not only her care giver, yet a friend, I gained so much insight. I was fascinated by her stories and ability to speak and be heard. Annette was the most powerful, Intelligent, outspoken yet delicate women I have met. It was a privilege and a great honor to have shared her last days with her in such candidness and vulnerability. I will miss her terribly until we meet in the garden again.
Crystal Burks LNA PCT HHA
October 1, 2019
I had the privilege of studying with Annette Kolodny as aSSHRC Postdoc at the U of Arizona, and she forever changed my approach to American literary studies. She was an incredibly generous person and I am grateful to have had the chance to learn from her!
Jennifer Andrews
October 1, 2019
I was a student of Dr. Kolodny at the University of British Columbia--studying early American Literature and its impact on contemporary American Literature. I often think of her and greatly appreciated her work although we have not been in touch for the last thirty years.
For some unknown reason, I decided to check out references to her on the internet and discovered that she had died last week. She was a good scholar and a committed human being.
With best wishes,
Jim Manly, Nanaimo, B.C.
September 24, 2019
A great soul and academic giant has left this world. It is the poorer for it.

Zabelle Stodola
Zabelle Stodola
September 24, 2019
You were such an inspiration to generations of women academics. May your memory be a blessing.
Kitty Millet
September 22, 2019
My sincere condolences from a dear friend of many many years ago in New York. She was truly special
Ronald Egers
Friend
September 22, 2019
How I remember Annette. An example to me and other women as we made our way through the tangled halls of academia. She never backed down. Courageous and lit with passion and thought, she made our lives better through her example. We both loved Arizona--its monsoons and mountains. RIP.
Colin Dayan
September 22, 2019
May her soul rest in peace.
Mohamed Louza
September 19, 2019
She gave a luncheon address, "A Feminist in the Dean's Suite," to the RMMLA Women's Caucus in the early 1990s. She has always been on the syllabi of my grad seminar, Gender & Interpretation. She personally helped me when I confronted discrimination at the beginning of my career. I'll forever be grateful to her.
Evelyn Gajowski
September 18, 2019
May God bless you and your family in this time of sorrow.
September 17, 2019
Annette was a wonderful mentor. She reached out to me early in my career and offered support. I will miss her.
Phillip Round
September 17, 2019
My kindest thoughts to Dan and to all who loved Annette well. She was as loving as she was fierce and she inspired me throughout my career by her courage, her caring, her commitment, and her examples. I am forever in her debt, hold her memory close, and honor her by trying to do for others as she did for me. Dan, I am very sorry for your loss and very grateful for the decades of mutual love and your steadfast care during Annette's declining years of health. Sending love to you at this very difficult moment, Cathy
Cathy Davidson
September 17, 2019
It was my great pleasure to work intensely with Annette on the publication of her last academic essay which brings together three of the topics that have preoccupied her: reactionary white supremacism, the construction of racial pasts, and Native Americans' struggle for legal acceptance and cultural respect. As a 'transatlantic' Americanist, I share your grief. I am fortunate to have known her and her work. I miss her greatly - her radicalism, her warmheartedness and her fortitude. A library is gone with her.
Gesa Mackenthun
September 17, 2019 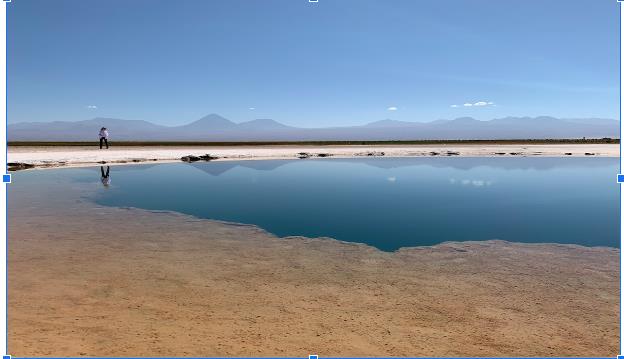 I just learned that my old friend and informal rebel-mentor, Annette Kolodny, has passed. She was a fierce, feminist, anti-racist warrior. Her lawsuit against the University of New Hampshire for both gender discrimination and AntiSemitism was my "baptism" into the profession and into the awareness that you can never, ever stop fighting. She never did. She wrote me a farewell note a few weeks ago, as she was going into hospice care. Who in the world has the strength to write to old friends as they are going into hospice care? She wrote lovingly and fiercely--and had the knack of feeling both (love and protest) deeply. She loved Dan with unending passion. She loved her friends. I've been in the audience of at least a dozen standing ovations because everyone of us knew that, in a moment of crisis, Annette had our backs. Rest in Peace. Rest in Ferocity. Rest in Love, Annette Kolodny.
Cathy Davidson
September 16, 2019
I am glad to see that this guest book will be "live" for the coming year because even a year isn't long enough for the tributes to someone whose scholarship was only equaled by her generosity. She was never my teacher, but she encouraged me when I was a grad students just figuring out how to write. I'll always be grateful for that example -- and for her courage.
Shirley Samuels
September 16, 2019
I am so sorry to hear of Annette's death. I had and have great respect for her first two books on American literature and fondly remember a conversation we had about her experience at the University of New Hampshire.
Lee Person
September 16, 2019
The world is a lesser place for her passing; she made it a better place for having lived a full and dedicated life. Dr. Kolodny was the most important professor of my undergraduate years at the University of Maryland: she gave me to believe in myself. This gift was not received lightly, nor wasted. I have attempted to provide this gift to women I have encountered in my career who have needed it. Thank you.
Elisa Nichols
September 15, 2019