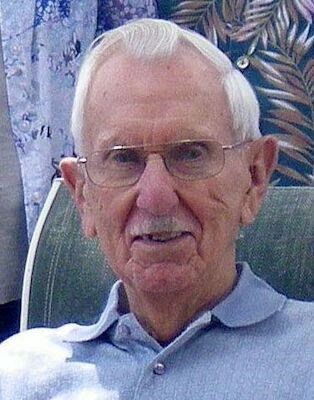 Bradford, age 95, passed away August 17, 2021 at his home in Tucson, Arizona. He is survived by his wife of 75 years, Mary Ellen Gibbs; his sister, Margaret and brother, Chester; his children, Ronald, Donna and John; daughter-in-law, Gail Gibbs; granddaughter, Emily Dommershausen and her husband Jay David; great-grandchildren, Trey and Addy Dommershausen; daughter-in-law, Beth Gibbs and grandson, Jason Gibbs and his wife Megan.

Brad was born in Jerome, Idaho and the family eventually moved to Palo Alto, California. Brad worked at Moffett Field Naval Air Station for the National Advisory Council on Aeronautics (NACA) while in high school and after graduating enlisted in the U.S. Navy in 1944, worked as an Aviation Ordinanceman. Brad was discharged in 1946 and went back to work at Moffett Field for NACA as an electrician. He stayed at Moffett until 1984 when he retired as Telecommunications Chief for NASA Ames Research Center.

Brad and Mary moved to Sunnyvale in 1954 where he enjoyed woodworking, amateur radio, lapidary, stamp collecting, mineral collecting, and gardening. He and Mary maintained a large vegetable garden in their backyard growing delicious corn, beans, and tomatoes. The home workshop was a constant scene of activity with projects undertaken by Brad and his sons. He volunteered with the local amateur radio club, and stamp club.

In 2016 he moved with Mary to a retirement living facility in Tucson, Arizona, close to where his daughter Donna and his son Ron live. Bradford was a member of the Tucson Gem and Mineral Society and enjoyed helping with the annual gem and mineral show.

Brad passed away peacefully at home with his family around him. Arrangements by ADAIR FUNERAL HOMES, Avalon Chapel.

Published by Arizona Daily Star on Aug. 26, 2021.
To plant trees in memory, please visit the Sympathy Store.
MEMORIAL EVENTS
To offer your sympathy during this difficult time, you can now have memorial trees planted in a National Forest in memory of your loved one.
Funeral services provided by:
Adair Funeral Homes - Avalon Chapel
MAKE A DONATION
MEMORIES & CONDOLENCES
3 Entries
May God´s loving kindness and comfort help you and your family through this very difficult time. Matthew 5:4
LL
September 1, 2021
While you grieve it helps immeasurably to know that "God is a refuge for us." Pour out your heart to him as you grieve.
Powell Family
Other
August 31, 2021
In your times of grief know that you can throw all your anxieties on God because he cares for you.
sara
August 31, 2021
Showing 1 - 3 of 3 results