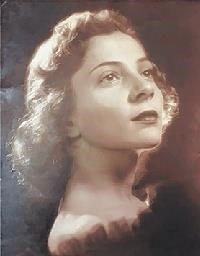 BEATON, Carol Jean 4/11/1928 - 2/12/2018 Carol Jean Beaton passed away gracefully February 12, 2018, just as if she had planned it all along. Just two months shy of 90, she left after giving her faithful husband a lifetime of fun and laughter and two children; three grandchildren and one audacious great-granddaughter. Carol met her husband Ian Beaton attending Northwestern University in Evanston, Illinois, where Ian first fell madly in love with the girl from his typing class. Carol majored in Speech and was a member of Phi Beta Kappa and Gamma Phi Beta sorority. Fearless, intelligent, trusting and adventurous, they married after graduation in 1950 and moved to Flint, Michigan. Flint was a radical change from Larchmont, New York, where Carol grew up, but they stayed long enough to bear two children: their daughter Lynda and her younger brother Scot, who made a dramatic appearance on his sister's birthday when she was three years old (no doubt orchestrated by Carol). Carol was the perfect partner for a rising advertising executive, who sorely needed a speech coach to enhance his presentation skills. Carol was also quick to become highly proficient in golf, tennis and bridge. She was motivated to instill a love of Fine Arts in both her children. Although Lynda lacked the natural talent of her mother, she tried and now supports local arts organizations in Michigan. Scot on the other hand is an accomplished artist with his own advertising agency in Michigan. She was very proud of her grandchildren Kelly, Ian and Christie. Carol and Ian left Michigan to live in Sun City Phoenix, Sedona, Sun City Oro Valley, and finally settled in as some of the first occupants at Splendido in Oro Valley. Carol was instrumental in establishing the Vespers program, directed plays and thoroughly enjoyed retirement. She was a PEO as well. Their family was especially glad to visit during harsh winter months in Michigan. Carol Beaton is preceded in death by her parents, Benjamin and Laurette Lindner, sister, Eleanor, and brother, Charles. She was very fond of her four nephews, Brian, John, Bruce and David Lindner. While she will be missed by family and friends, Ian will miss her perhaps most of all. Theirs was a love affair like no other, an unbreakable partnership after 68 years that only stopped on February 12, 2018. Heaven has gained an angel that will live in our hearts forever until we sit at her feet again to hear her laughter. Until then, we will enjoy the memories she gave each of us. Arrangements by VISTOSO FUNERAL HOME.

To plant trees in memory, please visit our Sympathy Store.
Published by Arizona Daily Star on Feb. 18, 2018.
MEMORIAL EVENTS
No memorial events are currently scheduled.
To offer your sympathy during this difficult time, you can now have memorial trees planted in a National Forest in memory of your loved one.
Funeral services provided by:
Vistoso Funeral Home
GUEST BOOK
2 Entries
It is never easy to say goodbye to some one you love. When you think of the many good times, the wonderful memories you shared, reflecting on these wonderful things bring much happiness yet grief and sorrow pain the heart. Through our love ones passed away she will never be forgotten. This will give you the strength and comfort you need to help you through the days to come.
Rachel
February 21, 2018
I can't believe you are gone. You were my mom.
February 18, 2018