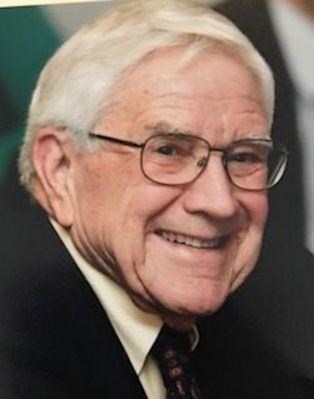 Passed away April 29, 2020, he was a wonderful and loving father and husband. He was a friend and mentor to many.

He was born in Marana, Arizona on September 11, 1926. He was the last of six children born to Albert Frederick and Mary Grace Dryden Ares.

Immediately after graduation from Tucson High School in 1944 he joined the Navy and served one year in the South Pacific. Upon his return he enrolled in the University of Arizona. He married the love of his life, Jean Carol Wallis, who survives him after 70 years of marriage. He attended the University of Arizona Law School graduating in 1952. He then served as Clerk to Justice William O. Doughas of the United States Supreme Court. He returned from the District of Columbia and served as Deputy County District Attorney with Morris K. Udall. At the end of Morris' term Ares joined the Udall and Udall law firm in which he practiced civil law along with Morris and Stuart Udall and Paul G. Rees, Jr. The law firm disbanded when Stuart became Secretary of the Interior, Morris became the Arizona Congressman, and Charles joined the law faculty at New York University. Six years later, in 1966, Charles and Jean and their children returned to Tucson where he became Dean of the College of Law at the University of Arizona. He served as Dean until 1973, when he resigned but became a member of the faculty until 1998, when he retired.In lieu of flowers contributions can be made to St. Marks Presbyterian Church. Arrangements by ADAIR FUNERAL HOMES, Dodge Chapel.


To plant trees in memory, please visit our Sympathy Store.
Published by Arizona Daily Star on May 10, 2020.
MEMORIAL EVENTS
No memorial events are currently scheduled.
To offer your sympathy during this difficult time, you can now have memorial trees planted in a National Forest in memory of your loved one.
Funeral services provided by:
Adair Funeral Homes - Dodge Chapel
GUEST BOOK
1 Entry
Charles Ares was an impressive man , brilliant, handsome and had a wonderful dry wit. He will be greatly missed .
Lenore Sempert
Acquaintance
June 25, 2020