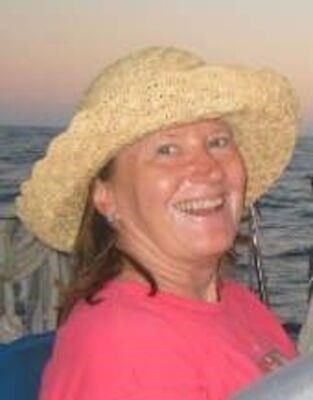 A graduate of Catalina High School in 1960, she completed her bachelors at Stanford University and a PhD in mathematics at University of California at San Diego. She was a professor of mathematics for 30 years at Ithaca College in upstate New York. In 1999, she left her tenured academic position and worked at several positions in Boston, the last of which was at Massachusetts General Hospital as a biostatistician on a large multi-hospital study of multiple organ failure. In October 2007, she and her partner Fred sailed out of Boston Harbor and spent the next five years exploring the West Indies, Colombia and Panama. In 2015, she returned to Southern Arizona, and became an active volunteer with the Arizona Desert Museum, the Tucson Samaritans, Keep Tucson Together and the Kino Border Initiative.

Throughout her entire life Connie was a passionate lover of American Wilderness, hiking at her blistering of 1.5 mi/hr in Southwest Deserts and in our national forests; canoe trekking in Quebec; skiing in the Mountain West and in New England; easing her beloved sailboat. Arrangements by HUDGEL'S SWAN FUNERAL HOME.

To plant trees in memory, please visit our Sympathy Store.
Published by Arizona Daily Star on Nov. 23, 2020.
MEMORIAL EVENTS
No memorial events are currently scheduled.
To offer your sympathy during this difficult time, you can now have memorial trees planted in a National Forest in memory of your loved one.
Funeral services provided by:
Hudgel's Swan Funeral Home
GUEST BOOK
7 Entries
I'm so sorry for your loss. Constance sounds like she had a wonderful life. I hope she's off exploring new territories. With love, Diane
Diane Raab
November 25, 2020
What a fascinating life Constance had! Oh, the stories she could tell! May that smile of hers remain in your hearts and see you through this sad time. Much love,Dixie
Dixie Lee Gilbert
November 23, 2020 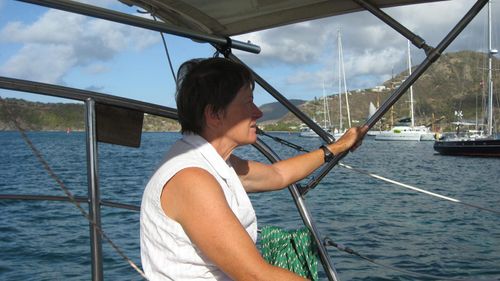 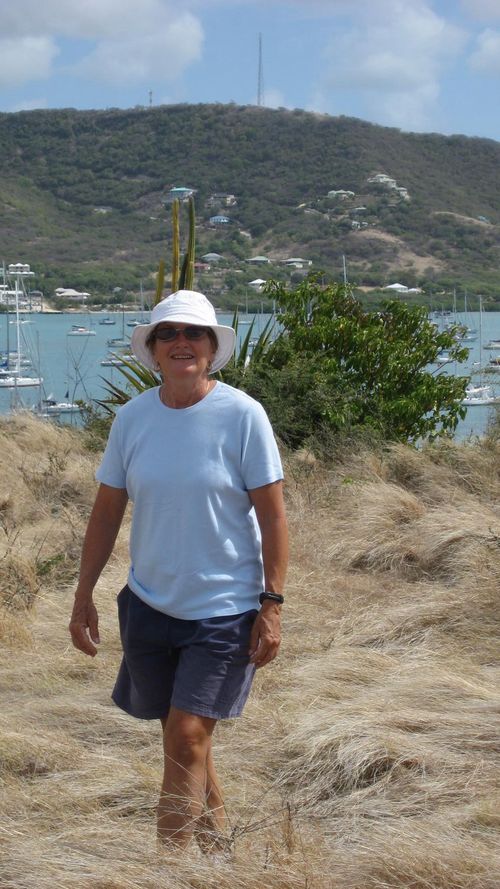 Has a senior at Ithaca college and failing my numerical analysis course with Connie Ellison at midterm she never gave up on me and went the extra effort to ensure that I could pull my failing grade around into an A at finals.
This photo was taken during the Antigua boat race when Fred and Connie invited me down to spend the time with them and the Caribbean.
Randel J Morgan
Student
November 23, 2020
Connie was a great friend and neighbor of my mother, Genevieve Perry, in Ithaca. My condolances to you at this time.
Erin Perry Jones
Friend
November 21, 2020
Connie was an active member of Winthrop Yacht Club before and after her voyage to the West Indies. She was the first to offer an opinion or to help out in any situation. I enjoyed our encounters and her stories at WYC. She will be missed by all. Past Commodore. Dave Comerford
Dave Comerford
November 21, 2020
Connie was a volunteer of mine for several years at the Arizona - Sonora Desert Museum. Although we were generations apart, we did enjoy each other’s company. Each week when she showed up to volunteer, we had to tell our gossips of the week. Although she was a very opinionated woman, and even boasted about being a ‘Yenta’ she was well intentioned.

After she could no longer volunteer, we did fall out touch a bit, and for that, I am sorry. I had been looking of more of a leadership role at other botanical gardens, and she new that I was passionate about doing so, and knew of the many interviews I had. The week prior to her passing, I finally landed a Director title at another botanical garden. Later that week, I had texted her about it and never heard back. I was unaware of her condition at the time and I just knew that it was unlike her not to reach back to me. So, later in the week, I gave her a call... still no answer. The following week, I let some of my coworkers know that I’m concerned that she hadn’t gotten back to me. Later that day, I found out she had passed. I want to take this opportunity to let her know that ‘I made it! ‘

You will be missed Connie.