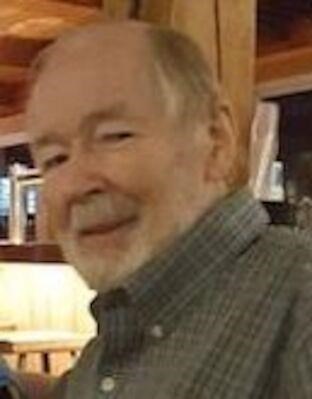 George was born November 12, 1939 in NYC, into an Irish Catholic family with five siblings. He graduated from Esopus ('57), Marist College ('61), and was a teaching Marist Brother until 1967. He remained faithful to the friendships made as a Marist Brother until the time of his death.

He was working for his family business in NYC, Conboy Trucking, when he met and married Barbara Verheyen. They had four children together. In 1977 the family moved to Tucson, and after the death of their eldest son Michael in 1979, George began his lifelong path of volunteerism.

George was a strong believer that his purpose on this Earth was to help others, and in this he excelled. He volunteered for Carondolet Hospice for more than 25 years, and an additional 15 years for other hospices in Phoenix and Prescott. He was proud that he was a part of bringing the Ronald McDonald House to Tucson, where he served on the board, and was delighted when it opened on February 14, 1981, his son Michael's birthday.

He was also a skilled business man who owned a 7/11 franchise in Oro Valley and Shotzee's deli and convenience store in Catalina. He loved the social aspect of meeting people and was recognized by those who frequented his stores long after he had retired.

George loved family get togethers, having his dog Danni by his side, an ice cold Bud Light, and an occasional game of Blackjack.

We will all miss his sense of humor, genuine kindness, big hearted generosity, and most of all his love.

Donations may be made in his name to Ronald McDonald House.

To plant trees in memory, please visit our Sympathy Store.
Published by Arizona Daily Star on Jul. 11, 2021.
MEMORIAL EVENTS
No memorial events are currently scheduled.
To offer your sympathy during this difficult time, you can now have memorial trees planted in a National Forest in memory of your loved one.
MAKE A DONATION
MEMORIES & CONDOLENCES
1 Entry
A beautiful tribute to a wonderful neighbor - kind, funny and always smiling. I am so sorry for your loss.
Sue Gilles
Friend
July 15, 2021
Showing 1 - 1 of 1 results