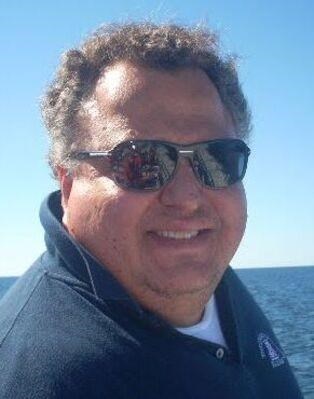 59, passed peacefully in his home in Marana, AZ, lovingly surrounded by family on August 15, 2020, after a 20-month battle with brain cancer. Born September 1, 1960, to Delia and Reginaldo Fontes in Nogales, AZ, as the first of five children. Jerry grew up to attend the University of Arizona with a major in Television & Radio Communication. Working at KVOA-TV in the 80s, he met his future wife, Karen and married her in March of 1988. Moving to New York City and then Chatham, New Jersey to expand their professional lives and build a family. Jerry began a 25-year career with ABC Television. He and his wife were blessed with two children in the late 90s, remaining in New Jersey to raise them until 2018, when the pair returned to Arizona. Remembered as being boundlessly witty, unfailingly loyal, and possessing a laugh that could knock down a brick house. Jerry is survived by his wife, Karen; his two children, Aaron and Olivia; his brother-in-law, Mark English and his brothers, Robert Fontes, Michael Fontes, Martin Fontes and an uncountable number of beloved friends and relatives. A Celebration of Life will be held in 2021 when we can all gather safely in true Jerry style, with lots of laughter, brisket, beer, and rock n' roll. Arrangements by MARANA MORTUARY.

To plant trees in memory, please visit our Sympathy Store.
Published by Arizona Daily Star on Nov. 22, 2020.
MEMORIAL EVENTS
No memorial events are currently scheduled.
To offer your sympathy during this difficult time, you can now have memorial trees planted in a National Forest in memory of your loved one.
Funeral services provided by:
Marana Mortuary & Cemetery
GUEST BOOK
0 Entries
Be the first to post a memory or condolences.