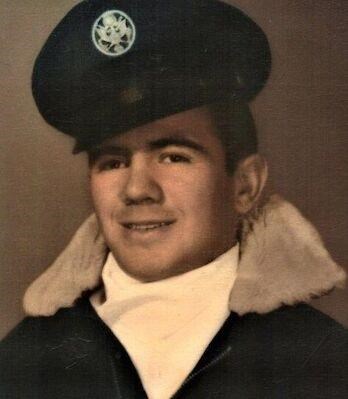 
To plant trees in memory, please visit our Sympathy Store.
Published by Arizona Daily Star on May 2, 2021.
MEMORIAL EVENTS
No memorial events are currently scheduled.
To offer your sympathy during this difficult time, you can now have memorial trees planted in a National Forest in memory of your loved one.
MAKE A DONATION
MEMORIES & CONDOLENCES
8 Entries
My Deepest Condolences and prayers are with you and the family. Please call.
Roberta Sanchez
May 6, 2021
I read this obituary to see if it was one of our relatives and after I felt almost as if he was. Many of the descriptions and feelings were like my family's experiences (my father was born in Barrio Anita, my mother lived around Amory). My father was in the Air Force too, and your father joined the day before I was born. I know his passing has left a big hole in your life.
Stella Lopez
May 5, 2021
Our deepest condolences from the staff here at the Valencia Library. We all loved Mr. Gilbert. He was a very kind and generous man. During the holidays, Thanksgiving and Christmas, he would bring us empanadas. "They're from the best, La Estrella" "Don't go anywhere else", he would say. It was great to watch him, Montel and James (Mr Lee) talk. He loved his "platicas" with the guys. Hasta luego Mr Gilbert, descanza en paz.
Martha Diaz
May 4, 2021
What a wonderfully story about a wonderful man! You have many memories to sustain you! Best wishes from a fellow Tucsonan!
Keith Brooks
May 3, 2021
Our condolences and prayers go out to the Gilbert "Chacho" Lopez family. I'm positive the Los Aguilares family mentioned here were my father and his many siblings. My dad always had fond memories of his friends from the neighborhood. Reading your dad's beautiful story brought back memories of my dad's stories of his friends from that time. Your father was a special person. Keep those memories alive for your future generations. And thank you for sharing them.
E.A. Aguilar
May 2, 2021
I just read the obituary for your dad/grandad in this morning´s paper. It was so well done and brought him to life; I never met the man and feel like I knew him. What a guy! What special memories you have to treasure; Thank you from a stranger who smiled. God Bless you all!
Steph
May 2, 2021
What great memories. I did not know him, but after reading his obituary I could swear I did. I have no doubt he is in heaven smiling down at his family & the love you had for him. My condolences & may God blessings be with you all.
Frances Leon Gallegos
May 2, 2021
I would like to thank you for sharing your many loving memories of your Father. My husband and I had a smile on our face as we read his beautiful obituary. He loved his family and friends. He loved life! God bless him and may he rest in peace. Our condolences to his family.
Liz Abril
May 2, 2021