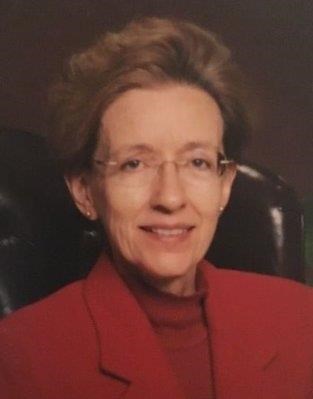 78, died peacefully at home on March 29, 2020 from complications due to Parkinson's disease. Grace was raised on the family farm outside Lamont, Kansas. She graduated summa cum laude from Wichita University in 1963 with a B.M.E. degree. She was a piano major, having studied piano from age five. From 1963 to 1965, she taught at the Abeokuta Girls Grammar School in Nigeria. After several years in New York City she moved to Tucson, Arizona in 1973. From 1975 to 1978 she attended law school at the University of Arizona, graduating with highest distinction. At law school Grace received the appellation "Amazing Grace" for her generosity in helping her fellow students. She received the highest score on the Arizona bar exam in the summer of 1978. She joined the law firm of Miller, Pitt and Feldman as an associate in 1978 becoming a shareholder/partner in 1986. She specialized in employment discrimination cases and won several major cases becoming a highly respected, and possibly feared, litigator. A relentless advocate of women's rights, and in particular reproductive rights, Grace is highly regarded in the Arizona legal community and at Planned Parenthood. Grace served as president of the Southern Arizona Chapter of the Arizona Women Lawyers Association (AWLA) as well as on the State Board. Among her many awards she received the Sarah Herring Sorin award from the AWLA. Grace devoted many hours to mentoring young attorneys, particularly women. On July 28, 2015 she married her second husband, Martin Moorman with whom she shared a love of music and travel until she passed away at their home in Tucson. Grace is preceded in death by her parents, Jack and Vera McIlvain and older brother, Lawrence of Lamont, Kansas. On March 13, 2013 she lost her best friend and the love of her life, Charles Spears. She is survived by her first husband, Dennis Williams of Tucson; nephew, Clay (Amy) McIlvain of Lamont, their daughters, Jolie and Jacque; niece, Estellene (Mark) McCormick of Wichita; their daughters, Megan, Mallory and Melanie; a total of six great-grandnieces/nephews and cousin, Nancy (Conrad) Nelke of Phoenix. A list of colleagues, friends, neighbors and acquaintances who mourn her passing would be impossible to even compile. When conditions permit memorials will be held in Tucson and in Kansas. Arrangements by ANGEL VALLEY FUNERAL HOME.

To plant trees in memory, please visit our Sympathy Store.
Published by Arizona Daily Star on Apr. 19, 2020.
MEMORIAL EVENTS
No memorial events are currently scheduled.
To offer your sympathy during this difficult time, you can now have memorial trees planted in a National Forest in memory of your loved one.
Funeral services provided by:
Angel Valley Funeral Home & Old Pueblo Crematory
GUEST BOOK
9 Entries
Grace was one of my closest friends in law school. One night, she invited me to go to a classical piano concert. As I was sitting next to her listening to the performance, I noticed her moving her hands as though she were playing the piano. Afterwards, I asked her what that was all about. She amazed me by saying, “Oh, that’s a piece I used to play.” Before then, I had not known the level of skill she attained as a pianist.
Deirdre Sparling
Friend
September 19, 2020
Grace truly was amazing. I was one of those women attorneys mentored by Grace. She was soft-spoken and tough. She was organized and hard-working on behalf of those who faced discrimination. I think of her often. I appreciated her generosity when it came to training others. I guess she always was a teacher whether she was in a classroom, Law office, or courtroom. Rest In Peace, Grace, and thank you for fighting all those battles with grace ( you were named appropriately), dignity, and determination.
Denny
Friend
August 6, 2020
Rest in peace Grace. You are one of the best attorneys I have ever known. Thank You for everything you did for me. I will never forget you.
Traci A Lewis
Friend
July 7, 2020
I had the good fortune to work at Miller & Pitt from 1988 - 1994 and to work with Grace. She was one of the kindest, most gentle yet most dedicated people I've ever worked with. I was lucky enough to watch her work in one case where she gently cross-examined an "expert" into ridicule. The world is left wanting without her.
Jonathan
April 28, 2020
Grace was my moot court partner and a force of nature. I'm heartbroken. My favorite Grace story: She had been a legal secretary before she went to law school. As she described it, "I was typing a complaint one day and my hands flew up from the keys. I said to myself, 'I can do this!'" so I went to law school." She didn't so much go to law school as conquer it.
Corinne
April 20, 2020
I worked for Grace for a few years. She was so sweet and we talked about our years of growing up in the mid west. She was such an inspiration. I would not have wanted to be in court facing her!
LOIS Bowen
April 20, 2020
Grace & I were teachers at Abeokuta Girls Grammar School. I valued her friendship & her wonderful music. She played guitar and sang. Nearly every day I use the cast iron skillet she gave me when she left Nigeria.She was a wonderful person.
Pat Brown Taylor
April 20, 2020
Grace was already a legend before I started representing employees and she was always just a call away when I needed help learning what to do. Almost 30 years ago we litigated a case together with two other attorneys representing women who were victems of sexual harassment and we learned together how she was "Amazing Grace" as she taught us all how to litigate for women and others. We will miss her.
Don Awerkamp
April 19, 2020
Grace and I worked together at one time, and she also rode to work with me. I treasured the times we spent together and am sorry that through the years I lost contact with her. She was a wonderful person.
Joyce Baum
April 19, 2020