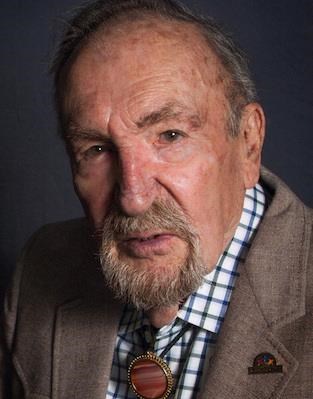 Harold L. Hinkley was born in Windsor, Colorado on September 9, 1927, and passed away on September 29, 2021, in Sierra Vista, AZ. A retired Captain in the US Navy, Mr. Hinkley was a long-time resident of Sierra Vista, coming to Ft. Huachuca in 1982. His distinguished military career began in 1945 as a non-commissioned enlistedman and he worked his way up to the rank of Captain. Along the way his tours of duty included Saipan, San Diego, Bermuda, Norfolk, Rhode Island, the Middle-East, the US Pentagon and three Army posts, Ft Ritchie, MD, Patch Barracks, Stuttgart Germany and finally Ft. Huachuca. Mr. Hinkley served on six naval vessels, commanding three of them. In 1984 he received the Distinguished Service Award upon his retirement.

Following his military service, Mr. Hinkley worked with PRC and SAIC in Sierra Vista. When he retired again, he became very active with the Sulphur Springs Valley Electrical Co-op, serving on the Board in several different positions. He also volunteered with the Cochise County Courts as a mediator.

Mr. Hinkley is preceded in death by his beloved wife of over 53 years, Shirley Moore Hinkley, and his youngest daughter, Penelope Hinkley Artio. He is survived by his daughter, Pamela Fraga; his son, Lewis Hinkley; seven grandchildren and six great-grandchildren.

In lieu of flowers, the family asks that donations be made to Valor Hospice, 1048 E Fry Blvd, Sierra Vista, AZ 85635. Interment will be private with Memorial Services to be held at HATFIELD FUNERAL HOME, 830 S. Hwy 92, Sierra Vista, AZ, on Thursday, October 14, 2021, at 2:00 p.m. Masks are requested by Hatfield Funeral Home.