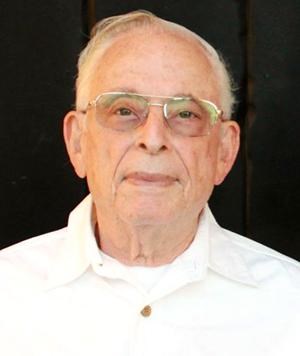 Harry Edward Stein Colonel (Ret.) 83, of Scottsdale, passed away on August 8, 2015. Born in Chicago, IL, on July 21, 1932 to Jack Stein and Lena Brochschtein. Harry served for 30 years as a career Army Intelligence Officer. He was a graduate of Louisiana State University. Harry was a devoted husband to Daisy (Eskenazi) Stein for 52 years, and they retired in Oro Valley and Scottsdale, AZ. In retirement, he was an avid and well known Sephardic genealogist, and a wonderful Poppi. Colonel Stein is survived by his loving wife, Daisy; son, Jay D. Stein; and daughter, Dr. Susan R. Stein; and four grandchildren, Sadie, Asher, Mischa, and Tali. In Lieu of flowers, contributions can be made to St. Jude's Children Hospital and the Arizona Humane Society. Arrangements by Sinai Mortuary of Arizona.

Published by Arizona Daily Star on Aug. 16, 2015.
To plant trees in memory, please visit the Sympathy Store.
MEMORIAL EVENTS
To offer your sympathy during this difficult time, you can now have memorial trees planted in a National Forest in memory of your loved one.
MAKE A DONATION
MEMORIES & CONDOLENCES
8 Entries
Dear Colonel Stein, Thank you for all your hard work!! Thanks to you I found my Jewish roots! Your work is a blessing that is a legacy. Prayers and love for you and your family!!!
Lillian Jacumin Modak
July 12, 2021
La vida de un hombre se mide por la influencia que tuvo en otras personas y El coronel Harry Edward Stein influencio en muchas vidas, le conocí a través de su foro sefardí nos ayudo a encontrar nuestras raíces .
Dr. Juan Sorto Fajardo
Friend
January 14, 2021
In loving memory of a wonderful person. We will love you and miss you always.
April 19, 2018
Grief can be so hard, but our special memories help us cope. Remembering you and your loved one today and always.
April 18, 2018
May your hearts soon be filled with wonderful memories of joyful times together as you celebrate a life well lived.
April 18, 2018
Nice Man
Annonomous
April 18, 2018
Col. Stein aka. Harry Stein as he was known on his Sephardic forum was a fine and restrained gentleman. His hobby in this field fascinated many of us. He shall be missed.
Kenneth Deitz
October 6, 2015
I'm so sorry to hear about your loss. This can be a very difficult time. I recently found comfort in the book of Psalms that says God is near to those broken in spirit.
Mrs. Bonura
August 17, 2015
Showing 1 - 8 of 8 results