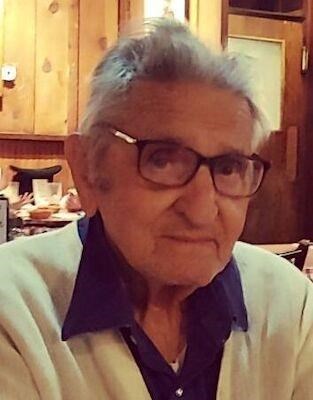 94, of Tucson, died of Covid-related pneumonia on the night of January 8, 2021, his son at his side. His wife, Genevieve was able to say a final goodbye over video. Henri was born to a Jewish family in Poland in 1926 and grew up in Liège, Belgium. During the Holocaust, when his father Yankele was detained, Henri was smuggled into hiding by the Belgian resistance, along with his mother Leah, his brother Paul, and many thousands of other Jews. Henri spent the war on farms near Liège, where he developed a love of nature and animals. In the 1990s, while writing a memoir about his wartime experiences, Henri learned that his father had perished at Auschwitz. After the war Henri, his mother and his brother moved to Montreal, Canada, where he started a club for Jewish expats, through which he met his wife. Genevieve encouraged him to study, and after receiving his high school diploma he was admitted to UCLA, where he went on to earn a Ph.D. in French literature. In 1967 he became a professor in the Department of French at the University of Arizona, where he deeply touched many students over his thirty-year tenure. Henri, a profoundly gentle and loving man, is survived by his wife Genevieve, for whom he provided in perpetuity, as well as his son, Jacques and brother, Paul. In lieu of flowers, his family asks that donations be made to the Pima Council on Aging (www.pcoa.org/donate). Arrangements by BRING'S BROADWAY CHAPEL.

To plant trees in memory, please visit our Sympathy Store.
Published by Arizona Daily Star on Jan. 13, 2021.
MEMORIAL EVENTS
No memorial events are currently scheduled.
To offer your sympathy during this difficult time, you can now have memorial trees planted in a National Forest in memory of your loved one.
Funeral services provided by:
Bring's Broadway Chapel
GUEST BOOK
2 Entries
Dear Jacques, our sincerest condolences. Remember your parents well. Stay well! The Bourrets
Anna M. Bourret & Dennis Bourret
January 26, 2021
Goodbye Dr. Servin. I have many happy memories of you from my student days. I wish I had known of your life at that time. Blessings on your family
Margaret Phillips
January 13, 2021