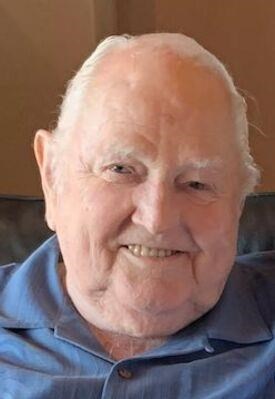 of Tucson, AZ and Bay Head, NJ formerly of Short Hills, NJ passed peacefully in his sleep on April 19, 2021, five days before his 91st birthday. Jim, the youngest of five, grew up in the Philadelphia area, adored by four older sisters. Jim served in the Army during the Korean War. After returning from Europe, he met and soon married his wife of 58 years, Terry Hamryzak Sullivan. While starting a career with Dow Jones as Advertising Sales Associate, Jim graduated from LaSalle College (with help from Terry). After a brief transfer to Boston, he returned to Philadelphia as the Associate Eastern Manager of Advertising. He continued to climb the corporate ladder, moving to NYC as the National Classified Director of the Wall Street Journal.

Throughout Jim's career and life, people saw him as a model for kindness, respect and generosity. His sense of humor, bright smile and twinkle in his eyes were contagious. As a Wall St Journal and National Observer manager, he valued all with whom he worked. His colleagues have described him as "a true gentleman," "the ultimate people person," "one of the kindest people I have known" and "a great manager and friend." After 37 years with Dow Jones, Jim and Terry sold their Short Hills residence and split time between Tucson, AZ and Bay Head, NJ. Throughout his career and retirement, Jim was the consummate storyteller and focused listener. Whether they met him, on the golf course, at the office, in the backyard patio or on the front porch, Jim actively invited people into conversations, often with cocktails, to share life stories that sparked both tears and laughter. All who met Jim knew they had a friend for life.

In memory of Jim, his family asks you pay forward his values and lifestyle by showing everyone you meet kindness, care, and sincere appreciation. A Celebration of Life is being scheduled sometime this summer. Arrangements by ADAIR FUNERAL HOMES, Avalon Chapel.

To plant trees in memory, please visit our Sympathy Store.
Published by Arizona Daily Star on May 9, 2021.
MEMORIAL EVENTS
No memorial events are currently scheduled.
To offer your sympathy during this difficult time, you can now have memorial trees planted in a National Forest in memory of your loved one.
Funeral services provided by:
Adair Funeral Homes - Avalon Chapel
MAKE A DONATION
MEMORIES & CONDOLENCES
0 Entries
Be the first to post a memory or condolences.