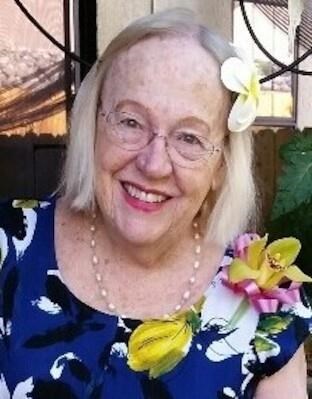 80, was born June 3rd and passed September 26, 2021. She graduated from Sierra HS in Whitter, California and 1941 graduated from Mt San Antonio, Pomona, CA. and licensed as a RN. She met her husband Kevin in 1955 and married in 1962. A year later she started an odyssey of moving 18 times in 12 years while Kevin flew as a fighter pilot in Vietnam and later in the States. Kathie finally settled down in Tucson where they raised their five children, two of which were adopted Korean brothers, now deceased. They became involved in several Catholic marriage ministries as a couple from 1968 through 2018. Presenting together and helping hundreds and perhaps saving their marriages from divorce. In 1996, her insatiable desire to, help, and give of her life to serve others, she started work in Healing Touch. Here she found powerful techniques combined with all her earlier work in marriage healing, for others to find peace and tools to make their lives better than great. She believed this and better yet, lived it. Mass will be held at OMOS, Monday, October 4, 2021 at 10:30 a.m., followed by interment at Holy Hope Cemetery. Arrangements by BRING'S BROADWAY CHAPEL.

Published by Arizona Daily Star on Sep. 30, 2021.
To plant trees in memory, please visit the Sympathy Store.
MEMORIAL EVENTS
Oct
4
Funeral Mass
10:00a.m.
OMOS
AZ
Funeral services provided by:
Bring's Broadway Chapel - Tucson
MAKE A DONATION
MEMORIES & CONDOLENCES
3 Entries
Kevin, Our deepest sympathies to you and your family on Kathie´s passing. We´ve been blessed to know you and Kathie and are grateful to you both for your many years of Retrouvaille service, both locally and internationally. Blessings,
Dave and Margie Davis
Friend
October 1, 2021
So sorry for your family's loss of a wonderful lady.was very happy to have enjoyed her company,sending love and prayers to her wonderful family members!
Steve and betsy Gleckner
Family
October 1, 2021
Thank you for your friendship and kindness through the years. Rest in well-deserved peace, dear Kathie, and may God comfort you family. Ted & Valerie Golembiewski
Ted & Valerie Golembiewski
September 30, 2021
Showing 1 - 3 of 3 results