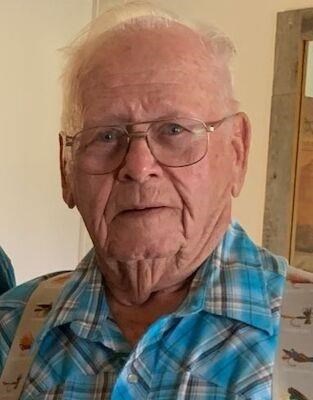 son of Leo Roscoe and Mona Pilcher, was born on May 16, 1932 in Glasco, Kansas. He met his wife, Edith "Edy" Shamburg at high school in Glasco, Kansas. They married on July 2, 1951. Lewis was preceded in death by Edith. He passed away on April 30, 2021. Lewis is survived by his children, Rhonda Davis of Tucson, Arizona, Roxie Simmons of Tucson, Arizona and Robert Pilcher (Cherie) of Augusta, Kansas. Lewis and Edith have ten grandchildren, 20 great-grandchildren, and five great-great-grandchildren. Lewis joined the Air Force and was stationed at several U.S. bases and in Japan as an aircraft mechanic and instructor. He was also proud to have served in Vietnam. After serving 21 years in the Air Force, he retired in June, 1972. Lewy and Edy moved to Augusta, Kansas in 1972 where he worked at Dick Hatfield Chevrolet, Cessna Aircraft, and Lunger's Furniture of Augusta, until he started his own redwood sign business, the Wood Shed. Lewy and Edy retired a second time in 1998, when they moved to Tucson, Arizona, where their two daughters live. He always enjoyed building projects from wood and metal. He loved family cookouts, homemade ice cream and playing cards and other games with family and friends. The family will be holding private services. Arrangements by CARRILLO'S TUCSON MORTUARY.

Published by Arizona Daily Star on May 1, 2021.
To plant trees in memory, please visit the Sympathy Store.
MEMORIAL EVENTS
To offer your sympathy during this difficult time, you can now have memorial trees planted in a National Forest in memory of your loved one.
Funeral services provided by:
Carrillo's Tucson Mortuary - Tucson
MAKE A DONATION
MEMORIES & CONDOLENCES
1 Entry
Will miss Lewis many ways, We meet in the Air Force at Witcha Falls Tx.1952.
Allen Isham Payson Az
June 4, 2021
Showing 1 - 1 of 1 results