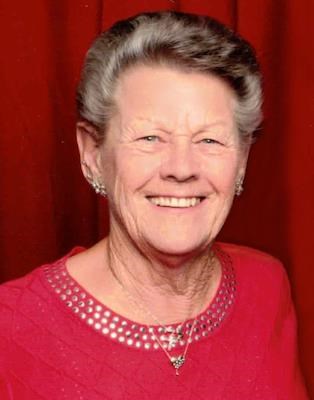 born on October 2, 1941, died of cancer November 15, 2020. She was a member of the Pima County Sports Hall of Fame for golf (inducted 1994) and a seven-time women's club champion at the Mohawk Golf Club in her hometown of Niskayuna, N.Y., winning her first title at age 14. Linda qualified for and competed in the 1961 Women's U.S. Open at Baltusrol Golf Club.

Linda is probably Tucson's most accomplished women's amateur golfer. After moving to Tucson to attend the University of Arizona, Linda was a 12-time Tucson city champion.

In 1986, Linda was the Arizona Women's Golf Association state champion and Player of the Year (S.W. Section PGA) and Women's Player of the Year. Linda won the Women's SW Golf Tournament in '79, '89 and '91. According to the Pima County Sports Hall of Fame, Linda still holds course records at six courses, including Tucson National and Silverbell. Linda taught many of Tucson's best junior golfers, and many went on to distinguished golf careers. She was the first female recipient of the Tucson Conquistadors Sports Award in 1982. Ironically, Linda was one of the original organizers of the Walter Hagen Golf Tournament (American Cancer Society). Linda earned a Bachelor of Science degree in 1964 and a Master of Public Administration degree in 1969 from the University of Arizona. She was a passionate UA Wildcat fan and football and basketball season-ticket holder for many years. Linda was the third female Tucson police officer/detective.

Linda, aka "Grannio" is survived by her husband of 54 years, John Carter; siblings, Patricia O'Neill, Harry Leader (Kathy) and Bill Leader (Denise), Judy Tutalo (Scott), Max and Jack Tutalo (grandsons) and many others. She was preceded in death by brothers, Jimmy and Charlie and parents, Peg and Charles Leader.

Linda, your accomplishments made us proud. But there was so much more to you - your smile, your sense of humor, your energy, and your constant willingness to help family members in need.

The last golf shot Linda hit was a chip-in birdie at Oro Valley Country Club - a fitting end. Donations may be made in Linda's name to The First Tee Tucson c/o The Tucson Conquistadores Foundation, 6450 E. Broadway Blvd., Tucson, AZ 85710.

A memorial service will be announced at a later date. Arrangements by ADAIR FUNERAL HOMES, Avalon Chapel.


To plant trees in memory, please visit our Sympathy Store.
Published by Arizona Daily Star on Nov. 22, 2020.
MEMORIAL EVENTS
No memorial events are currently scheduled.
To offer your sympathy during this difficult time, you can now have memorial trees planted in a National Forest in memory of your loved one.
Funeral services provided by:
Adair Funeral Homes - Avalon Chapel
GUEST BOOK
8 Entries
John, I am so sorry and it breaks my heart. I had no idea so was so sick. We had so much fun all those years I was in Tucson. I remember all the lake trips and friday lunches at Panchos. Please accept my condolences. John please take care of yourself!!
Glenn Carlson
November 25, 2020
John, Bob and I are so saddened to learn of Linda's passing. Over the many, many years it was always fun to see each other, she always asked how is Pinetop ?, and always her parting words were" we need to get together and go out for some Mexican Food". . John, you are in our thoughts and hearts. Alice and Bob
Bob and Alice Vorholzer
November 25, 2020
May God bless you and your family in this time of sorrow.
Fred Montgomery
Friend
November 24, 2020
John. Linda was a very special lady. A great golfer but an even greater person. My love and blessings. Your friend Hal Cole
Hal Cole
November 23, 2020
Will always remember Linda's wonderful smile and sense of humor. Sorry for your loss John.
Reese Carpenter
November 22, 2020
Very sorry for your loss Bill ,I remember Linda when I would caddy for her she was a very sweet girl and a terific golfer RIP linda
Mike and Claudia Sims
November 22, 2020
Linda i enjoyed our times on the golf course. May you rest peacefully in paradise...
David Markzon
November 21, 2020
Harry and Kathy's friend from Schenectady. So sorry for your loss guys.
Dorothy Cameron
November 21, 2020