Morgan Lucas Schuldt 2/11/1978 - 1/30/2012 Poet and publisher Morgan Lucas Schuldt passed away on January 30, 2012 from complications of cystic fibrosis. He was 33 years old. The son of Barbara Schuldt and Murray Dychtwald, Morgan was born and raised in Toms River, New Jersey, where he grew up loving the Jersey shore, Jersey Mike's sub sandwiches, poetry, his dogs and family. He was an honors student and member of the National Honors Society at Toms River High School East. His favorite outfit--ripped jeans and a t-shirt, flip-flops and ball cap--belied his accomplishments. He earned a bachelor's degree in English Literature and graduated magna cum laude from the University of Virginia in 2000, and from the University of Arizona he earned an MFA in Poetry in 2002, and an MA in English Literature in 2007. Tucson became his home and where he pursued a career writing, editing and teaching. He is the author of Verge, a collection of poems published by Free Verse Editions, and three chapbooks--Otherhow (Kitchen Press), L=u=N=G=U=A=G=E (Scantily Clad Press), and (as vanish, unespecially), forthcoming from Flying Guillotine Press. He was the cofounder of CUE, a journal of prose poems, and CUE Editions, a poetry press. From his parents, Morgan learned compassion, a tenacious spirit, and a desire to see the world. From the world, he learned strength, perseverance, and a commitment to kindness and justice. He was a San Francisco 49ers fan in memory of his grandfather, Henry. And he loved the beaches of Mexico and composed many poems there. Morgan was also romantic, loyal and funny. He was a tireless champion of his friends' writing and sought by many as an editor and mentor. For others, he was a source of encouragement and a voice of reason. Language was his medium and inspired his art and wit, but he was also a connoisseur of film, television, music, comedy and painting--known to have impeccable taste. He is cherished and will be missed by too many to list, including Barbara and Murray, Nance, Boyer, Stephanie, Barbara, Danny, Mark and Miriam, Adam and Emily, Cristina, and Chris. Morgan's family and friends wish to extend their heartfelt appreciation and gratitude to his cystic fibrosis pulmonologists in Tucson-- Wayne Morgan, Cori Daines, Mark Brown and Roni Grad--who took exceptional care of him for 11 years. Also too numerous to list are the nurses, respiratory therapists and medical technicians who worked on 3NE and, towards the end of his life, 4NW at the University of Arizona Medical Center. Donations in Morgan's memory can be made to two nation organizations, the Cystic Fibrosis Foundation and the United Network for Organ Sharing. The date for a Tucson memorial will be announced soon. Arrangements by ANGEL VALLEY FUNERAL HOME.

To plant trees in memory, please visit our Sympathy Store.
Published by Arizona Daily Star on Feb. 3, 2012.
MEMORIAL EVENTS
No memorial events are currently scheduled.
To offer your sympathy during this difficult time, you can now have memorial trees planted in a National Forest in memory of your loved one.
GUEST BOOK
16 Entries
Hey, Morgan, 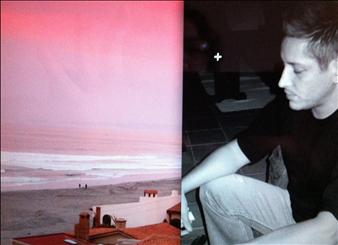 Barbara Cully
March 1, 2012
I think Morgan may have visited me in the form of a tapping rhythm in the wee hours of Jan. 31st. Tap-tap-tap / Tap-tap-tap / Tahhp-tahhp..whoooosh // Tap-tap-tap / Tap-tap-tap / Tahhp-tahhp..whoooosh... This repeated three times, and actually was more complicated than this; the number seven was involved. In between each series of taps, I lifted my head from the pillow and the taps stopped. Each time I returned my head to the pillow, it resumed. So I was hearing with one ear. I decided to memorize the rhythm for a poem, later, or as a mantra to see me through. Then, two weeks later, just two days ago, I heard it again while walking Jaspus Maximus: a woodpecker was telling me the same song. Until today, I wondered why he would choose taps instead of a more melodic sound. Then I remembered "Taps" is "...a musical piece sounded by the U.S. military. It is played during flag ceremonies and funerals, generally on bugle or trumpet. The tune is also sometimes known as 'Butterfield's Lullaby'" !! Always the punster, that guy.
Barbara Cully
February 29, 2012

Because we waltzed
because beneath
motionless sky

with love from Barbara
Barbara Cully
February 28, 2012
Missing you...
Rocio Castellanos
February 28, 2012
I had the pleasure of meeting Morgan at Camp Holiday Trails many years ago. He was always a kind hearted and made everyone laugh while around him. My prayers go out to his family and those that were blessed in knowing him.
Sarah Sanders
February 22, 2012
Your mother and I grew up on the same street and attended High School together. I knew you as an infant, but as life often does, we took separate paths. We were saddened to learn of your death, but happy to hear how much you accomplished in your short life. Peace to you and your family.
Carl Koplin, MD
February 16, 2012
Today would have been your birthday... where ever you are I know you are happy...
Rocio Castellanos
February 11, 2012
So sorry for your loss. Although we didn't know Morgan personally, we felt the love you had for him. We know his absence has left a hole in your hearts and we feel your pain. Here' s hoping your beautiful memories of your time with him will help you to heal.
Lee Bruzaitis
February 7, 2012
An exceptional young man, Morgan was the ring bearer at my wedding in 1986. I've known him since he was a toddler. Worked in my hippie shop on the beach in Seaside Heights, NJ for a couple of years. Always cheerful with a smile that beamed, he was truly a light of this world! I haven't seen him in too many years, but his passing truly diminishes me. So I can say only that tonight Morgan, that bell, it tolls for thee!
Bob Municchi
February 6, 2012
For those in the CHT crowd, you know that I was Morgan's camp counselor in the 80s. I can't remember the exact amount of years, but I was lucky enough to be his camp counselor on a couple of occasions... and they were truly a blast. During this time, I remember Morgan as an extremely intelligent, sharp witted, funny, and caring guy... always looking out for other campers in need... but, also, oddly, having a strong predilection for the unruly. He and his co-mate, BJ, freely participated in the unruly bit. They were a lot to keep an eye on, trust me!!

Later on, during his college years, we'd meet up on occasion in C'ville, one memorable time at the Buddhist Biker's Bar, and chat about life, his mad obsession for Dave Matthews, writing poetry, and Fassbinder. I loved his company and always felt a sense of pride when speaking of him to others... almost as if we were related... as I'm sure many in the CHT family have felt.

So, this parting has been extremely difficult for me. At once feeling sad, robbed of someone that I hold so dear and also the sensation of anger,... that someone should be held accountable for his death, esp. someone so young... both feelings really absurd, as the fact is that he's simply no longer here. Which still doesn't equate, and still makes me cry uncontrollably and with no warning.

When Morgan passed, I was in the company of a friend, a Hopi elder. We discussed his life and death a bit... and he said something that resonated with me. It's simple enough, so I thought I'd share. He said, "You know, the Iroquois tribe doesn't have a word for death... just think about it. "

I think what he was trying to tell me in all of my confused feelings over Morgan's death, is that it's all life. And that Morgan is actually still with us. I feel this sincerely. That said, I'm thankful for the time he's given me during my life, and for these past couple of days... however painful it is that I can't just check in with him on Facebook, or call and hear his brilliant, sardonic wit. I wish I had done it more often! He is what Allen Ginsberg would call, "The Lion, For Real"... and I'll greatly miss him!

p.s. - Aside from my aging grammar (notice the dots...), I had to dump this into a word doc and put it through a spell check, knowing Morgan would be pissed off if I had any errors in an obit. :)
Kevin McWha Steele
February 6, 2012
I miss you terribly Morgan...but, I know you're happy and finally at peace...my earthly loss is one of heaven's greatest gains....
Rocio Castellanos
February 5, 2012
Also met Morgan at CHT, I was a counselor and he was a blazer. We wrote each other for a few years afterwards and it was a gift to "meet" him again on FB. He has always had a special place in my heart. My thoughts are with his family and friends.
Tricia Nitsche
February 4, 2012
I met Morgan at Camp Holiday Trails when I was about 10. We were in the same cabin there and from then on we spent almost every summer together at camp having a blast. He was one of the best friends I ever had, and as we got older, we would spend hours sitting up contemplating our lives and what we would do when we grew up. Morgan always had such passion for anything he did. When I think back on my years at camp he will always be there smiling ready to conquer the world.
Will Bunn
February 3, 2012
I was a volunteer at Camp Holiday Trails for many years, and got to know Morgan over our summers there together. He was always so much fun and such a great sense of humor. His CHT family sends its love.
Emily Page
February 3, 2012